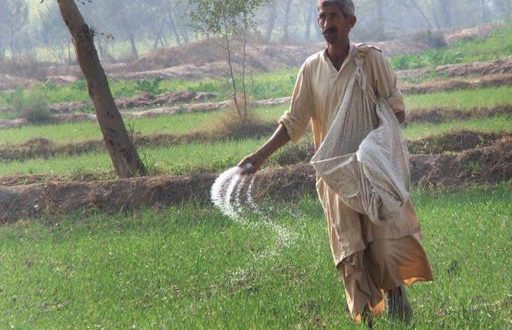 ISLAMABAD: The Ministry of Industries and Production has requested concerned authorities to make arrangements for the import of around 350,000 tons of urea to meet domestic shortfall for the Rabi crop-sowing season. The ministry has sent a draft summary to Ministries of Commerce, National Food Security and Research and Finance to give their input regarding the shortfall, said a senior ministry official. “We are short of around 0.35 million tons, which needs to be either imported or arranged through other means,” stated the officer.

The Ministry of Petroleum and Natural Resources has also proposed giving imported LNG to the fertiliser sector to produce additional urea domestically in order to meet the shortfall, he informed. “It has to be examined at the same time though, that any domestic production on the imported LNG should not be too costly.” Earlier, during a meeting of the Fertiliser Review Committee in February, it was decided that 370,000 tons of urea will be imported to meet the domestic requirement for Rabi season. The officer further informed that the opening inventory of urea would be around 174,000 tons at the start of Rabi season, and total domestic production was estimated at 2.5 million tons. “Since the total demand in the new season is around 3 million tons, the gap will be filled through imports.”

After the input from the concerned ministries, the final summary will be presented to the Economic Coordination Committee (ECC) for approval in the upcoming meeting. The ECC will decide about the quantity and the subsidy to be given on the import of required urea. Once approved by the ECC, the Trading Corporation of Pakistan will float tenders and invite bids from international companies.

In the past, the official said, urea used to be imported from China and some Gulf countries but now, it would depend on the bidder countries from where they import the commodity. Ministry of Industries and Production imported 0.577 million tons during the Kharif sowing season, which remained sufficient to meet domestic requirement and the ECC had given a subsidy of Rs507 on the import of a 50kg bag.