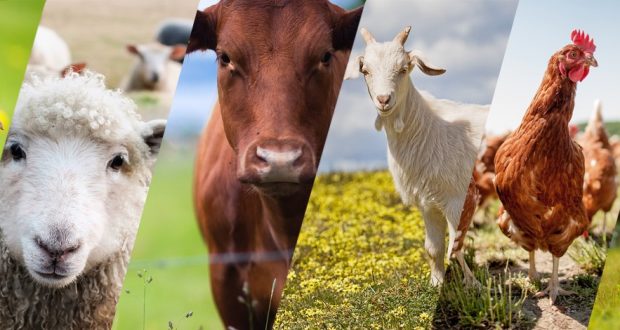 Training of farmers is essential for promotion of livestock sector in Balochistan; Director General

Director General of Livestock & Dairy Development Department Balochistan, Dr. Ghulam Hussain Jaffar on Wednesday said that measures needed to be taken to provide trainings to the farmers and shepherds in order to boost livestock sector at district level.

He said that potential measures are being carried to ensure protection of cattle in effected areas of province from drought because 60 to 70 percent of economy is dependent on Livestock sector. Livestock departments are monitoring cattle in respective areas, despite, provision of forages and medicines are also being continued on emergency bases for safety of cattle including camel, goats, and cows in 12 effected district from drought.

A center had been established in each districts of province by Livestock & Dairy Development Department. Several cattles had been vaccinated by veterinaries doctors in mobile services free camp. Same campaign would be organized in different areas of Balochistan including Dalbandin, Chaghi, Rakhshan, Lasbella and other areas under cooperation with Provincial Management Disaster Authority.

He said we are trying to create awareness among farmers to promote livestock environment. Awareness is important and in this regard, livestock department is going to conduct seminar in Quetta in every year for creating awareness among citizens.

2018-12-26
bkk_admin
Previous: The Punjab Agriculture Department is going to organize Pakistan Horti Expo 2019.
Next: Sunflower to be cultivated on 0.25 million acres in Punjab province.