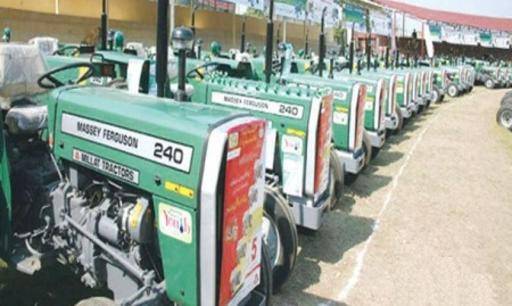 Pakistan autmotive manufacturers association (Pama) on wednesday requested the government to abolish customs duty, additional customs duty and reduce the rate of input tax on tractors. while submitting proposals for the upcoming budget, pama stated that due to the above issues, the entire tractor industry was facing a liquidity crunch, which was affecting the trust of foreign invesortors and shareholders.

earlier, the engineering development board allowed import of those components which had not been produced in Pakistan for the manufacturing of agriculture tractors at zero customs duty. however, during fiscal year 2015-16 additional customs duty of 1% on the import of components was imposed by the governmnet. Furthermore, in 2016-17, another 1% customs duty was imposed, taking the total of 2%. pama said the levy of duties had contributed to an increase of Rs33 million in the cost over the 12-month period from january to december 2016. it is proposed to exempt imports made under SRO 655(1) 2006 and SRO 656 (I)/2006 from the additional customs duty,” sugested pama.

the assocaition added the additional duty on inputs like raw material, compnents and sub-components of the automotive industry, which were not manufactured locally, had impacted the highly cost-sensitive sector. the move will keep prices of tractors within reach of small and medium-scale farmers. the abolition of customs duty and additional cstoms duty will help the company that has no other alternative besides imports,” it stated. This will benefit the entire farming community, suggesting further reduction in the rate of input tax on the purchase of imported components by tractor manufacturers to matchthe out put rate. it will also help the industry in reducing yearly tax refunds by Rs.600-700 million, ” it added.

Tractor are already subject to 5% sales tax, which has led to the accumulation of tax refunds with the federal board of revenue (FBR), according to pama. Due to this, the entire industry is facing liquidity crunch affecting the trust of foreign investors and shareholders, ” it said. while giving the rationale behind this susggestion, the association stated that the move would address procedural difficultires in sales tax refund and save the administrative cost of orignial equipment manufacturers (OEM) and the FBR.