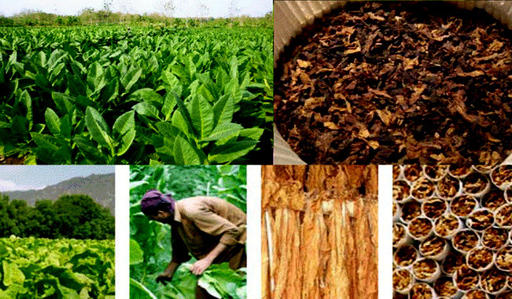 PESHAWAR: The tobacco growers in Khyber Pakhtunkhwa resolved to go to any extent to oppose the passage of the proposed bill, seeking propitiation of “tobacco smoking.” The growers said it would lead to complete ban on the tobacco cultivation, leaving a 1.2 million growers and others high and dry. During background discussion, the representatives of the Khyber Pakhtunkhwa Chamber of Agriculture and Kashtkaran (growers) Coordination Council on Tuesday said they would not let the law be passed by the Provincial Assembly or Senate.

They also termed the bill tabled by provincial Health Minister Shahram Tarakai in the Khyber Pakhtunkhwa Assembly seeking measures for tobacco prohibition as a conspiracy to ban the crop in the province. They said that Prohibition of Smoking and Protection of Non-Smokers Bill introduced in the Upper House of the Parliament by Senator Mushahid Hussain Syed, was seeking prohibition of tobacco advertising and promotion, while that tabled by provincial minister on September 26 in the provincial legislature was asking for prohibition of “tobacco smoking” that would lead to complete ban on the crop in the province. Mushahid had tabled the bill in Senate in August to prohibit all kinds of tobacco advertising, promotion and sponsorship of the tobacco industry. It also calls that no person will advertise, promote and sponsor tobacco and any tobacco product on the media or any place and any vehicle. The data collected from the Pakistan Tobacco Board (PTB) indicated that 53,804 hectare of the 30.44 million hectare of the arable areas was under tobacco.It generates an economic activity of Rs300 billion and supports 1.2 million people. Over 75,000 farmer families are involved, besides 53,000 labourers force employed in 28 factories.

According to the PTB data, the crop also led to the realisation of Rs115 billion in Federal Excise Duty and Sales Tax during the 2015-16 fiscal.Khyber Pakhtunkhwa Chamber of Agriculture Vice-Chairman Muhammad Zahir Khan said that the province was producing 96 percent of the tobacco 60 percent of which was produced only in Swabi district. He said in addition to the expenses on crop growing, the farmers in tobacco growing districts had invested around Rs22 billion over around 0.6 million tobacco furnaces. He added that about 50 tobacco units were providing jobs to 0.2 million people and “the bill tabled in the Parliament would play havoc with all this.”Muhammad Ali Dagiwal, information secretary of Kashtkaran Coordination Council said, the tobacco sector paid Rs135 billion in taxes, but the growers get only Rs8 billion annually.

He said the government had adopted different tactics to deprive them (growers) of their top cash crop and other incentives under the Corporate Social Responsibility (CSR) by the tobacco companies.He said tobacco was their cash crop and they would foil all “conspiracies” against it (tobacco), which had become the sole source of sustenance for them. He added that the growers had unanimously decided to go to any extent to prevent Prohibition of Tobacco and Protection of Non-Smokers Health Bill and “the bill presented in the provincial assembly as its passage would lead to bloodshed.” “We were given this crop as an alternate for opium and now the government is not offering us an alternate,” Muhammad Ali said, continuing that the growers had threatened to self-immolation to protect the crop.