Agricultural News
Home » Agriculture News » The Punjab government has decided to provide subsidy of Rs 5,000 per acre on cultivation of sunflower. 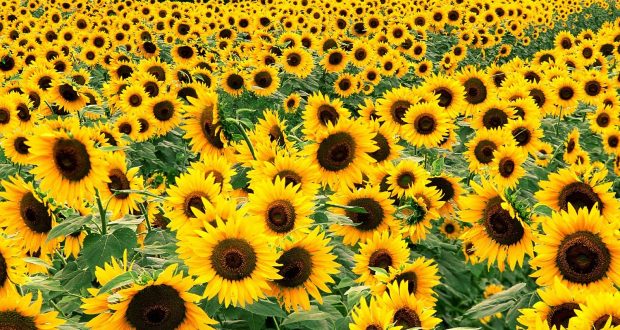 The Punjab government has decided to provide subsidy of Rs 5,000 per acre on cultivation of sunflower.

For promoting the cultivation of sunflower, Punjab government is providing a subsidy of Rs 5000 per acre, with an aim to meet growing demand of edible oil. Due to its cultivation, the expense of 300 billion by the import of oil can be greatly reduced. Pakistan produces only 14 percent oil and import 86 percent. The government is focusing on promotion of sunflower cultivation.  In addition to produce edible oil, sunflower also reduces air pollution. Some constituents found naturally in sunflower, help in elimination of fog and thus reduces air pollution. This crop has also the ability to absorb elements that cause air pollution. Therefore, the cultivation of this crop is important for human health.

The spokesperson of agriculture department said that the farmers who are harvesting sugarcane, can benefit from the subsidy provided on sunflower cultivation. Due to the late cultivation of wheat crop, wheat production is always reduced. The late cultivated crop of wheat is attacked by insect pests and diseases. So sunflower must be cultivated in place of late crop of wheat. As sunflower matures 100-120 days after cultivation and it has 30-40 percent oil content and thus the burden from the import of edible oil can be greatly reduced.