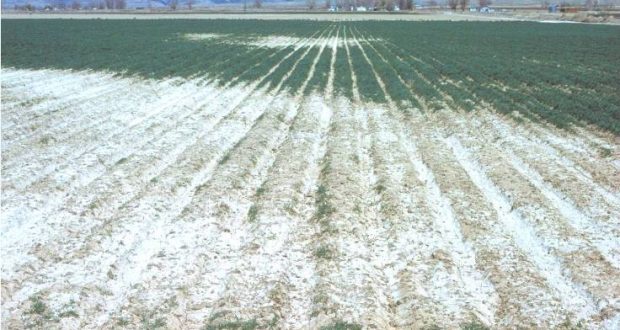 Salinity and sodicity not only decreases the agricultural production of most crops, but also, effects soil physicochemical properties. Increased salt levels in soils can greatly effect plant growth and development. Chief Minister Punjab has directed to conduct immediate survey of thousand acres lands affected by salinity and sodicity. Based on the survey efforts will be done to make those soils usable for raising different crops. In this way barren lands can be made useable for cultivation and higher production can be obtained. According to the administration sources of the Faisalabad Division, Punjab Government has encouraged to take effective measures to make affected lands useable for agriculture purpose. They said that thousands acres of land in Faisalabad division are affected by salinity and sodicity.

2018-11-29
bkk_admin
Previous: Appropriate soil must be selected for mango cultivation.
Next: Irrigation must be stopped 25-30 days before harvesting sugarcane.