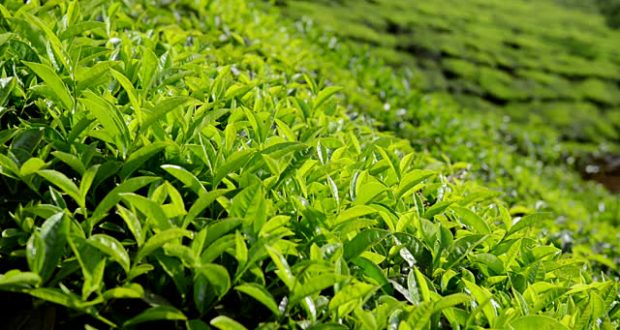 in Production Technology of Crops August 31, 2018

Tea (Camellia Sinensis L.) is used as common beverage in almost all over the world. Pakistan has a long tradition in tea drinking which has become a favourite source of entertainment in the society. The per capita consumption is one kilogram. Pakistan imports all its tea requirements from abroad and, thus, the total annual import of tea was 2,60,000 m. tons in 2000 which costed about Rs. 12.0 billion to the national exchequer. Presently, Pakistan is the second largest importer of tea after United Kingdom. Demand for tea is growing day by day and in the wake of high growth rate of population (3.1% annually)

Tea is a crop of wide adaptability and grows in a varying range of climates and soils in various parts of the world. Deep liable loam and forest land rich in organic matter is very ideal. Generally tea soils of Pakistan are generally with organic matters, N, Potash, low K, lime and magnesia content hence soil Reaction is medium to strongly acidic.

Practice of liming is not followed in ease of tea because tea-does not thrive well on a soil which contains more than a trace of active lime sub soil should not be hard and Stiff and growth of tea on clay soil is more uniform and tea is of better quality than tea grown on coarse sandy soils.

Tea is taken on hilly areas; the land is prepared by cutting of low growing vegetation arid unwanted forest trees are cut and removed. Except few selected ones left for shade Stoop slopes are terraced and provided with contour drains and silt traps. A thick-wind-break of silver oak (Gravilica rohusta) is planted on the periphery. Also shade trees Viz. Silver oak, Jack are planted at adjoined 12-15 m apart a year in advance of the main plantation to provide protection: to provide protection against i.e. to provide shade, heat and torrential rains. They are lopped every year to provide adequate light and air.After field / land preparation pits measuring of 30-45 em deep, 22 cm diameter, are dug at distance of 1.2 to 1.5 m from one another. Filled with mixture of surface soil + FYM leaf mould.

The best-known Chinese variety, Keemun, was tested under the environmental conditions of Pakistan, and the growth, production and green tea was found to be successful.

Seeds sown first in germinating beds, then seedlings transferred- to other nurseries or baskets containing, loose friable soil. Here seedlings are allowed to grow for 6-8 months and subsequently 1.5 year (17 months) old seedlings are planted in April – May or Sept. Oct. In pits (previously prepared) dug in the permanent stags, Gapfiling as- well- as replacing, in to 30 years old bushes are also done at this time.

Fertilizers mixtures supplying 60 kg N: 30 kg. P2O5 30 K20/ha are applied in one or two doses after pruning. Nitrogenous manuring is very essential for . promotion for leaf growth. Besides this application of compost and benefit derived from leaf fall of leguminous shade trees are grown for incorporation in the soil as green manures.

The tea-gardens are hood and weeded 3 to 5 times during the rainy season. Shade trees are lopped to promote lateral development which will shade large area.

Tea bush is pruned regularly to maintain proper shade i.e. 1,2 to-1.5 meter diameter at 1 to L2 meter height.When the plants are one year old-and have attained a height of 45 cm at this stage entering is done. Main stem is cut a few cm. above ground. The new laterials developed by the plant are again cut a little higher up.This process is repeated every year. In 4 or5 years me plant becomes a mature bush of 45-60 cm height and is ready to yield a crop. To encourage lateral spread, all shoots growing through center of the bush should be removed.After a cycle of pruning, the bush is cut back to 2-3 cm below the first cut This encourages fresh laterals and maintains yield at a high level.

Tea bush is ready for yielding after 4 to 5 years of planting and having a height of 45-60 cm. Usually plucking is restricted to 2 leaves and a bud. This is called a fine and light plucking. Coarse plucking includes extra one or two leaves. In North Tea is plucked at interval of 7-10 days from April-Dec. in South plucking continues throughout the years at weekly interval during March-May and at 10-14 days during other 3 months i.e. during June-Feb. (9 months).

For manufacturing of Black tea, the plucked leaves are dried for 18 – 24 hours in ventilated indoor racks rolled for half an hour mechanically to breakup cells, then fermented or oxidized again for 8 hours at 27°C to 105°C and passed through sieves of different moshes, thus sorting out grades and again graded into.

The average yield is 1200-1500 kg/ha of made tea. Vegetatively propagated clones often give as much as 2000 kg/taken during cultivation and processing but on natural factors such as soil, climate, altitude and topography. Leaves are rich in caffeine and tannin. 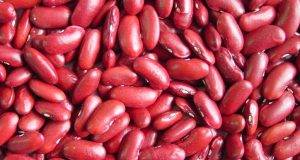 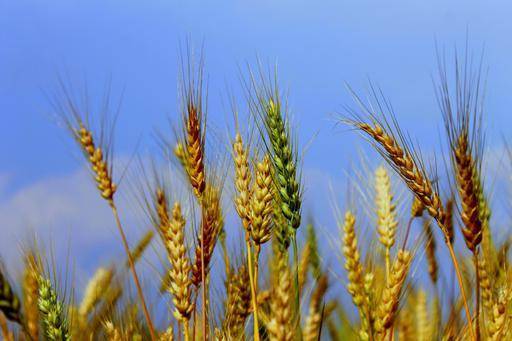 Wheat in Pakistan grown under different agro-ecological zones. In irrigated areas, wheat is planted after ...