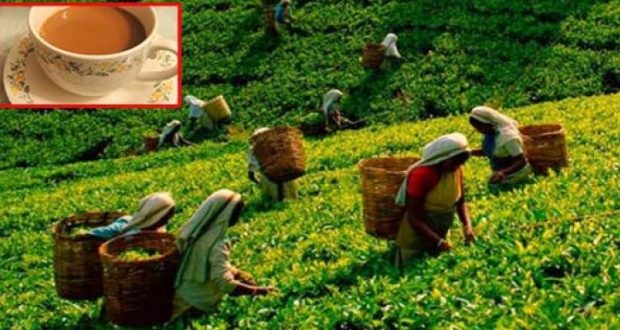 Tea consumption up in Pakistan

A massive increase of 35.8 per cent in per capita consumption of tea in Pakistan has been recorded from 2007 to 2016.According to the current market situation and medium-term outlook, published by the Food and Agriculture (FAO) of the United Nations, Pakistan is among the seven countries where per capita consumption of tea has been increased.The highest increase was seen in Malawi with 565.2pc, followed by China 128.6pc, Rwanda 110.2pc, Turkey 25.9pc, Indonesia 26.6pc and Libya 39.8pc.Currently, black tea consumption in Pakistan has been estimated at 1,72,911 tonnes which is expected to increase to 2,50,755 tonnes in 2027, the FAO report projects. This showed in next 10 years, tea consumption will increase by 77,844 tonnes.Tea imports into the country during the period July-August 2017-18 increased by 2.36pc as compared to the imports of the same period of last year.According to the data of Pakistan Bureau of Statistics, tea imports into the country was recorded at 34,126 tonnes valuing $94.419m as compared to the imports of 39,115 tonnes worth $94.194m of the same period last year.In May this year, Pakistan imported 11,370 tonnes of tea at a cost of Rs3.583 billion, while in April, the country imported 14,594 tonnes of tea at a cost of Rs4.855bn. Statistics show that 12,804 tonnes of tea was imported valued at Rs4.057bn in May 2017.Global tea consumption and production are projected to keep rising over the next decade, driven by robust demand in developing and emerging countries. This will create new rural income opportunities and improve food security in tea-producing countries, according to the FAO report.World production of black tea is projected to rise annually by 2.2pc over the next decade to reach 4.4 million tonnes in 2027, reflecting major output increases in China, Kenya and Sri Lanka — with this China would reach the output levels of Kenya, the largest black tea exporter in the world.Global output of green tea is foreseen to increase at an even faster rate of 7.5pc annually to reach 3.6m tonnes in 2027, largely driven by China, where the production of green tea is expected to more than double from 1.5m tonnes in 2015-17 to 3.3m tonnes in 2027.Global demand for tea is also benefiting from a new clientele. Young urban consumers in large producing countries like China and India have emerged as the fastest growing segment, eager not only to pay a premium for specialty teas but also curious to know more about the product they consume — its quality, origin and contribution to sustainable development.