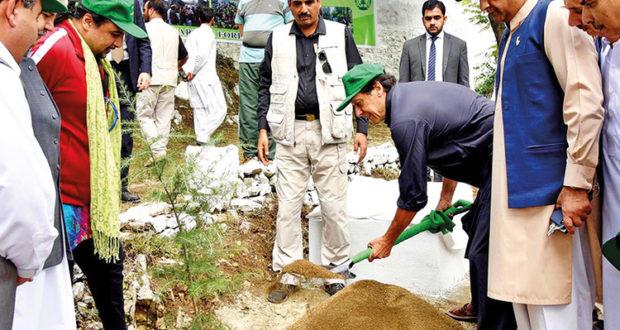 Target Of 10 billion Tree Tsunami Drive to Be Achieved by 2023, Chairman Faizullah Kamoka

Chairman NA Standing Committee on Finance, Revenue & Economic Affairs Faizullah Kamoka said that the PTI government would achieve the target of 10 billion trees by 2023 in the country. PTI government on the special direction of Prime Minister Imran Khan had launched ten billion tree plantation programs to make the environment pollution free, adding the project had been appreciated at the global level, due to which, Pakistan had been chosen to host World Environment Day this year, which was a great honor for the nation. “There is a dire and immediate need of afforestation and urban forestry as well as an increase in the number of national parks against global warming if we want to secure our future”, Kamoka said. Kamoka said the PTI government launched a one billion tree tsunami program in Khyber Pakhtunkhwa and the project was appreciated globally especially by the UN agencies. Now the government has launched a 10-billion tree tsunami program, in which remarkable achievements had been made until now, he added.

2021-06-09
Hira Mahfooz
Previous: Federal Minister for National Food Security reiterates the government’s commitment for ensuring food security and safety in the country
Next: Distribution of 76 checks under calf fattening and calf save program