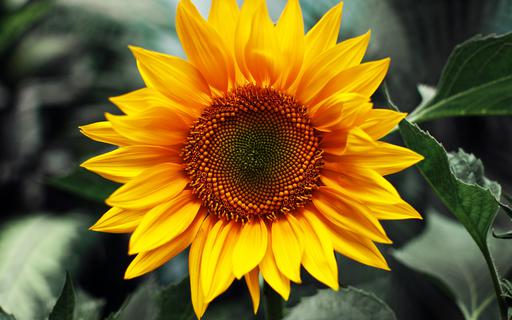 Sunflower (Helianthus annuus L.) is one of the four most important annual crops in the world grown for edible oil. In Pakistan although it was introduced as an oilseed crop 40 years back but its expansion in acreage and production is fluctuating due to various production and socio-economic constraints. Its seed contains 35-55% oil contents. Research work on this crop has shown that there is great potential of growing it under all the soil and climatic conditions in rain-fed as well as irrigated farming system in different agro-ecological zones.

The area of adaptation for this crop are in the cotton belt (Vehari, Lodhran, Bahawalpur, Umerkot) and rice growing areas of Sialkot and Badin in Punjab and Sindh, respectively. The crop is grown in spring as well as in autumn. The average yield in Pakistan is 1.3 tons/ha. Almost 99% area is under hybrids imported by different multinational seeds companies. However, local hybrids are also available and area under them is increasing with the time. It has good prospects as intercrop with sugarcane, if suitable hybrids and production technology is available. During 2000-01, the area was 58998 ha and increased to 319743 ha in 2008-09 with production of 420487 tons and per hectare yield of 1315 kg.
Sunflower is an important oilseed crop and is successfully grown under different climatic conditions of the country, i.e., in the warm and harsh conditions of southern part of the country to mild and cool climate in the north. It has great potential to bridge the gaps between the production and consumption of edible oil.