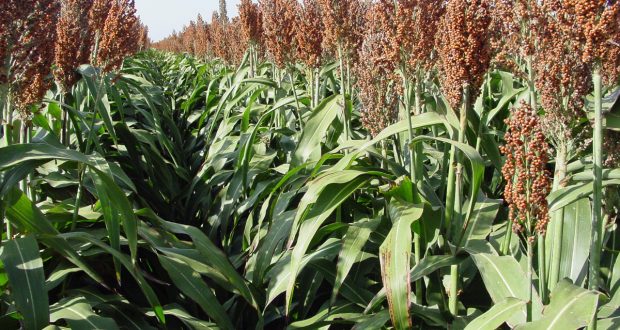 Sorghum cultivation for seeds purpose should be completed till 15 July

In Punjab, sorghum is sown for fodder from March to August; for grain, planting in June-July is recommended. In Sindh, it is sown in June for both fodder and grain. It is generally sown during June and July in NWFP. Rainfed crops are planted at the onset of the monsoon. In Balochistan, it is planted during July and August in the plains areas.The optimum seed rates per hectare are 75-80 kg for fodder and 20-25 kg for grain. Fodder crops are usually sown by broadcasting, but sowing in 30 em apart lines by the para method gives a better return. It is recommended that seed crops be seeded in rows spaced 60 em apart.