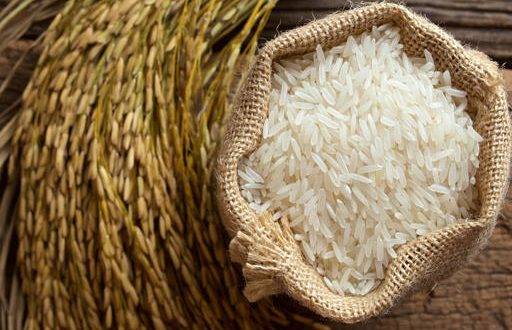 Rice is quintessentially Asian crop because 90% of rice production and consumption is concentrated in this region. It is the staple food for 50% of the world and 75% of the world’s poor.

Rice is an important food and cash crop, In Pakistan, it is the second staple food after wheat and it’s the second largest earner of foreign exchange after cotton. Pakistan is the 11th largest producer and 5th largest exporter of rice. Rice accounts 4.9% percent of the value added in agriculture and 1% percent of GDP of Pakistan. During July March 2013-14, rice export earned foreign exchange of US$ 1.667 billion. During 2013-14, rice is cultivated on an area of 2789 thousand hectares, 20.8 percent higher than last year’s area of 2309 thousand hectares. The production stood at 6798 thousand tonnes, against the target of 6200 thousand tonnes shows a growth of 9.6 percent against the target if compared to corresponding period of last year production which was 5536 thousand tonnes, a healthy increase of 22.8 percent witnessed. The rice acreage increased due to lucrative market prices received during the last year which induced the growers to bring more area under cultivation.

21 September – October 2013 Export of rice from Pakistan decreased from US $2.18 billion in 2009-10 to US $1.92 billion in 2012-13, thus showing decline of 19%. Pakistan mainly exports rice to UAE, Iran, Saudi Arabia, Kenya and Afghanistan. In Pakistan rice is an important cash crop of the country and the overall national economy. Rice accounts 4.9% of the value added in agriculture and 1% of GDP. Rice ranks as second among the staple food grain crop in Pakistan and it has been a major source of foreign exchange earnings in recent years. Rice provides 21% of global human per capita energy and 15% of per capita protein. Although rice protein ranks high in nutritional quality among cereals, protein content is modest. Rice also provides minerals, vitamins, and fiber, although all constituents except carbohydrates are reduced by milling. On the other hand rice contains no additives or preservatives, making it an excellent inclusion in a healthy and balanced diet. Rice also contains resistant starch, which is the starch that reaches the bowel undigested. This encourages the growth of beneficial bacteria, keeping the bowel healthy.

It fulfills the food requirements of our country but we also earn a lot of foreign exchange from its export. Besides it is an important raw material for manufacturing starch, paper, sandals, hats,

In Pakistan rice is grown under diverse climatic, hydro-logical and edaphic conditions and is divided into 4 distinct agro-ecological zones. In most of the cases critical problems in rice production and protection are specific to a particular zone. Production technology package is developed keeping in view the distinct agro-ecological conditions in each zones. Brief description of each zone is as follows:

It consists of northern mountainous areas of the country and irrigated rice is grown either in flat valleys or terraced valley-sides. The climate is sub-humid monsoon with 750 to 1000 mm average rainfall, mostly concentrated in summer. Cold damage to rice crop due to cool air temperature and cold irrigation water are major problems. The water temperature seldom exceeds 18oC in water channels. Low temperature stress causes leaf yellowing, stunting in the seedling in early vegetative stages, delayed heading and sterility in the reproduction stage. The modern high yielding rice varieties and the fine Basmati types are not successfully grown in these areas. Berseem, wheat, barley onion are grown in rotation with rice.

It lies in the broad strip of land between rivers Ravi and Chenab where both canal and sub-soil water are used for irrigation. The climate is sub-humid, sub-tropical type with 400 to 700 mm of rainfall mostly in July-August. Rice growing season is fairly long and suitable for cultivating fine aromatic as well as some IRRI varieties. The “Kalar” tract which is abode of the world famous Basmati rice is located in this zone. Wheat, berseem, sunflower, watermelons are grown in rotation with rice.

It consists of the large tract of land on the west bank of river Indus. It has an arid sub-tropical climate with 100 mm of average rainfall and maximum temperature higher than zone 1 and 2. The impeded drainage and excessive water application to rice has resulted in high water table. The long, extremely hot summers are well suited to growing coarse rice varieties. Gram, wheat/barley, oilseed, lathyrus, sarsoon, pulses, coriander and berseem/alfa are grown as rice based cropping system.

It is the Indus delta which consists of vast spill flats and basins; the latter are mostly irrigated. The climate is arid tropical marine with no marked season and is highly suited to coarse varieties. Wheat, berseem and pulses are grown in rotation with rice.