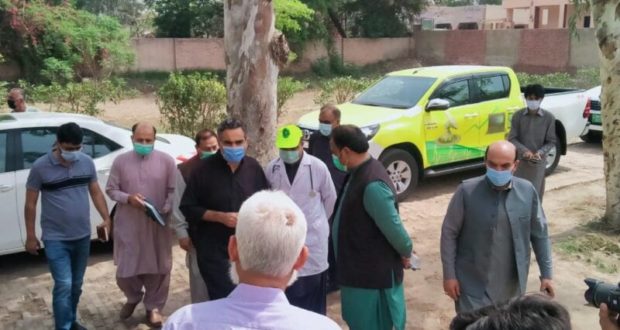 Provincial Minister for Livestock Punjab directed to start foot and mouth vaccination campaign in Southern Punjab. Provincial Minister for Livestock Punjab Sardar Hasnain Bahadur Dareshk has said that veterinary hospitals are being activated to provide timely treatment to cattle breeders. He directed to ensure the provision of facilities to the cattle breeders. The provincial minister said that to increase milk and meat production efforts are being made to meet the food needs of the growing population in the country. He asked the officers of the department to make the calf rearing scheme a success and provide medical treatment to the local cattle breeders at their doorsteps. The provincial minister further said that the severity of foot and mouth disease has been found in different divisions of South Punjab which is much higher than in the last three years. In addition, it has been directed to start vaccination campaign against foot-and-mouth disease in different divisions of Southern Punjab.