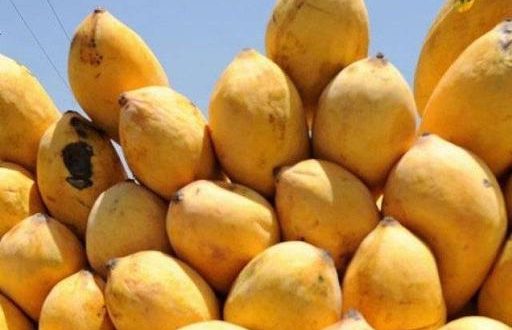 The Ministry of Agriculture Morocco also collaborated with the Embassy of Pakistan through participation of representatives of local agriculture chambers.

The main event of the festival was preceded by the public tasting event held in four cities of Morocco simultaneously, including Casablanca, Rabat, Marrakech and Agadir on August 7, 2016, according to a TDAP statement.

The Pakistani mangoes were also presented to the general public in the form of mango chunks and mango juices. The event was organised in collaboration with Marjane hypermarket – one of the biggest stores’ chain in Morocco.

All the hypermarkets recorded high attendance during the festival. The display areas of shopping malls were decorated with publicity and promotion material related to Pakistani mangoes; especially prepared and printed in the French language.

Newsletter on mangoes from Pakistan and brochures were also distributed among visitors during the event. The general public appreciating the mangoes termed them ‘far superior to any other mangoes they had ever tasted’ and demanded such mangoes to be made available in the Moroccan market as well.

The main corporate event of the Pakistan Mango Festival was held in a local five star hotel in Casablanca on August 8, 2016 in which the leading business community of Morocco was invited along with government officials and media. The Ministry of Agriculture Morocco also collaborated with the Embassy of Pakistan through participation of representatives of local agriculture chambers.