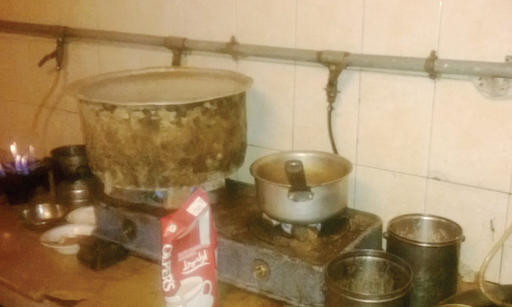 ‘Polluted’ seafood exports to be banned

ISLAMABAD: Pakistan’s sea food exports to European Union and United States are likely to get banned due to its polluted waters while overfishing is threatening the growth of aquaculture in the area, Secretary Ministry of Ports And Shipping Khalid Pervez informed the Public Accounts Committee (PAC) on Wednesday.

In a detailed briefing on the Korangi Fisheries Harbour Authority (KFHA), Mr Pervez said the growth of aquaculture in Pakistan’s seawaters faces a dual threat — 472 million gallons of untreated sewerage water daily is dumped into the sea and overfishing after the Sindh government issued 6,500 commercial fishing vessels licences instead of its capacity of 500. “Rising pollution levels, overfishing and non-implementation of laws has resulted in the decrease of seafood. If prompt remedial measures are not taken, there would be no fish for local consumption as well,” he added. The treatment of sewerage water is the responsibility of Sindh government while none of the three treatment plants of Karachi Water and Sewerage Board are functional, the meeting was informed.

In his response, DG Fisheries Sindh Ghulam Muhammad Mahar said he wrote nineteen letters to the Ministry of Ports and Shipping for taking appropriate steps to counter sea pollution. Sindh Minister for Livestock and Fisheries Mohammad Ali Malkani said the federal government collects 0.25 per cent tax from seafood exports but so far no money was spent on developing the sector. He assured the committee of taking up the issue of sea pollution with Chief Minister Sindh, Murad Ali Shah. He suggested that Sindh and Balochistan governments must stop issuing licences to commercial fishing vessels to enhance breeding of juvenile fish within 12 nautical miles of the area.

Meanwhile, Chief Secretary Balochis­tan Saifullah Chattha said the provincial government did not issue a single licence to fishing trawlers since the past 25 years. He acknowledged that pollution and overfishing were badly affecting fishing communities in coastal areas, rendering many fishermen jobless. PAC Chairman Syed Khursheed Ahmed Shah constituted a sub-committee comprising committee members from Sindh, Balochistan and federal government to deal with the challenges to fishing industry.

2017-01-19
bkk_admin
Previous: Raids conducted by Teams of Punjab Food Authority
Next: Pakistan is far behind in Dairy product export than its coexisting countries