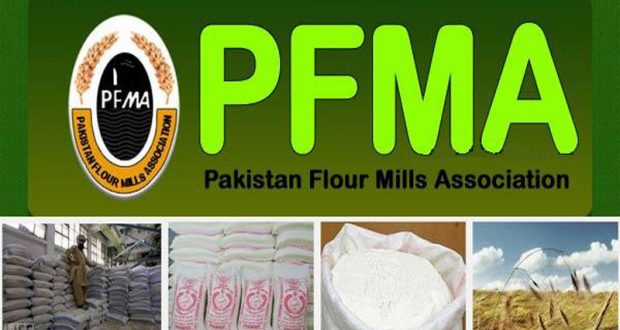 PFMA demands internationalization of wheat prices by formation of Wheat Board

Pakistan Flour Mills Association PFMA has called for establishment of Wheat Board for determination of wheat prices in the country with respect to international prices.Addressing a press conference here at Karachi Press Club the Chairman of PFMA , Chaudhry Anser Javed, along with other members of the association formation of Wheat Board will give way to market forces to determine the prices of wheat in connection with the international market.At present wheat in Pakistan is being sold at higher prices than international market, he claimed.The prices which is available in international market at the rate of $160-170 per ton is being supplied in Pakistan at the rate of $190 ton per ton, the officials of PFMA observed.Terming the government’s move to subsidize wheat as the act of politics, they said that government announces support price but not the issue prices which is cause of concern for all the stakeholders.They said that since February 2017 those flour mills who exported wheat products are facing sever financial crisis due to non-payment of rebate amount despite requests made by Food Department and State Bank of Pakistan.Many millers are compelled to close down their business due to financial crisis arising due to non payment of rebate, PFMA chairman lamented. PFMA officials claimed that Rs 4 billion of flour mills are stuck up with government which have been not paid and the situation rendered them uncompetitive. If the situation continues to persist the flour milling industry would be forced to take extreme step, they warned giving 17 day ultimatum.Flour milling is major stakeholder and bigger buyer of wheat after Food Department, Anser Javed said adding the millers are facing problems in procurement of wheat in the absence of issue price announcement by the government. There exists huge stock of wheat in the country but government seems less interested in releasing the stock, he added.In past the millers were compelled to incur billion of rupee losses due to reduction in the issue prices of wheat which also exploited farmers of the crop.If the situation is not handled in proper manner we fear that like sugarcane crop the farmers of wheat may burn their crops, they warned.They also demanded to increase rebate for export of wheat products via land routes at par with the sea routes , at $159 per ton from $120 per ton.They said that the issuance of notices by income tax department should be stopped as the millers are paying due taxes despite prevailing financial crisis government at one announced amnesty scheme for those holding black money but on the other hand harassing genuine tax payers which is beyond understanding, PFMA chairman said.