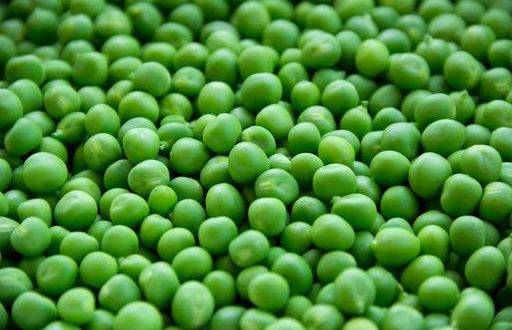 in Production Technology of Vegetables July 29, 2016

Pakistan and Khyber Pakhtunkhwa has not declared horticulture as industry. The govts have neither shown priority nor tackled it’s ruptured traditional mechanism of production and trade. Resultantly, the sector has been kept in lurch with consequences of low production, low per capita consumption and low trade. Low outlays have been allocated to infrastructure development, which otherwise, requires large investment by the Govt. The private sector’s role has also been limited over the years in financing it to improve the existing out dated packing and grading systems. Export market of fresh pea produce depends upon quality produce and persistent supply. Quality standards and enforcements have not been maintained, throughout. At the local level, farm gate premium facility is required to be introduced to the farmers. Labeling needs to be subsidized in the short run. There has been limited pea production in Pakistan and Khyber Pakhtunkhwa as compared to global level. Resultantly, the production has been lowered to local consumption mostly. Through public and private intervention in the pea crop production system, we can help improve the production levels in Pakistan and Khyber Pakhtunkhwa on sustainable basis. The development of fresh pea produce for export purposes will require an interaction amongst the stakeholders jointly. Research and development funds are also required to be allocated by the govt. for applied projects through concerned bodies especially, in establishing cold-chain amenities. The study of comparative advantage of the selected pea vegetable crop is of great importance for Khyber Pakhtunkhwa in particular to know the current and future potential of this vital vegetable crop in international trade under the present set of policies with the existing pattern of competitiveness.

Pea is a cool season crop and performs best at 10 0C to 18 0 C. The flower and young pods are badly affected by frost. The germination of seeds takes place at 3.3 0 c soil temperature. Boswell (1920) reported that as the temperature increases during the growing season the yield decline sharply. The optimum mean monthly temperature for pea is 12.8 0 C to 18 0 C.

The tea is generally sown in India in Rabi season from the beginning of October to mid of November in the plains and from middle of March to end of May in the hills. Sowing of seed during the first week of November is proper time to get higher yield.

The pea is generally sown by broad casting. But it may also be sown by dibbling or behind the plough. The seeds are soaked in water overnight before sowing for better germination. Seeds treated with Rhizium culture culture give higher yield. Pal Sodkar et al. (1974) reported with soaking of seeds in G. A 10 ppm for 12 hour gave the highest germination and yield.

This is an important operation to be done when vines were about two month old and are at spreading stage. Generally the plants should be supported on bamboo sticks. Delay in this operation will reduce the yield considerably.

it is very difficult to control the weeds of pea filed by mechanical methods as the crops are sown in rows in closed spacing. Uses of herbicides have been proved very such effective. Atrazine, propazine and simazine at 0.54 kg per acre gave good broad leaf weed control and late control of wild oats damage the peas. Prometryne @ 400 gm per acre was most effective in improving vegetative growth and yield of pods.

Water requirement of pulse crops are higher than cereals. The water requirement of pea depends largely on Agronomic condition of the locality. The crop may be irrigated at both 10 days interval. Where rainfall is low, peas irrigation is very necessary at flowering and grain development stage.

Peas are harvested for table use when the pods are will fill and the young tender peas changing in colour from dark to light green. Peas may be picked in 45 to 60 days, 75 days and 100 days according to early. Mid season and late. Airtimes respectively, 3 to 4 pickling are done within the interval of 2 to 10 days. Fresh unshielded peas may be kept two at 0 C and 90- 95 percent relative humidity.

The yield of per hectare varies according to the variety:

Varieties according to their period of maturity.