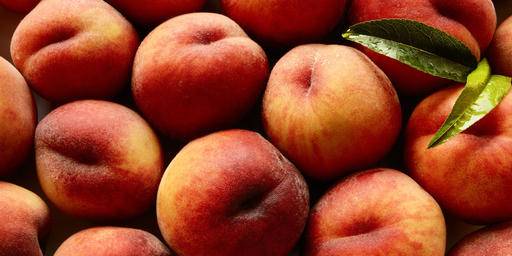 in Production Technology of Fruits August 11, 2017

Peach (prunus persica) is the most important among the stone fruit and is temperate in nature. It is considered the native of China and probably developed in persia. It is traditional crop of Northern area of Pakistan and occupies the area of 4543 hectares with the production of 48284 tonnes. Quetta, Kalat, Peshawar, Swat valley and certain parts of Kohistan hills are the main growing area of peach. It is delicious in taste and attractive in flavour and aroma. It contains 10-14. percent sugar, 2 percent protein and rich in ascorbic acid. Vitamins A and B besides iron, phosphorus and calcium.

Cling and free stone are two important cultivated type of peaches produced worldwide. In Pakistan peach are mainly grown in NWFP, Baluchistan and some low chill and early maturing cultivars in Pothwar area of Punjab. In Peshawer Swat region Early grand, Florda King 6-A and 8-A are most popular cultivars. Whereas in Baluchistan Golden early, Shah pasand and Shireen are grown.

Peaches can grow on a wide range of soil, depending upon the rootstock used. With light sandy loam soil, they can be budded on peach seedlings. If the soil is heavy and moist, plum rootstock is most suitable. In general, rich well drained, loamy soils with deep subsoil are most suitable. The peach tree is not tolerant of wet conditions. Peaches has widely variable chilling requirements from 200 hours below 5oC for low chilling varieties to more than 1000 hours. Peach orchard are located at from 600-1500 meter elevation. For good flavour and better quality peaches, mild summer temperature of 27-30 oC are required.

Peshawar local peach seedlings are the ideal rootstock for peach propagation. In Pakistan at NARC the peach rootstock GF677 have given the encouraging results for yield and quality of fruit. T-budding is successfully practiced on one year old rootstock during summer and cleft grafting is done during late winter. Vegetatively produced plants of commercial varieties are planted during early spring before sprouting. The square system is used with planting distance of 7-8 m depending upon soil type, rootstock and variety.

The orchard is kept covered or clean cultivated depending upon the site and other location conditions. In the Murree hills at lower height where peaches can be cultivated, orchard are kept clean during dry period (April-June), while weeds and grasses are allowed to grow during the rainy season (August-July) to conserve the soil. In Peshawar, where the finest peaches are grown, non-bearing orchards are inter-cropped with vegetables and while bearing orchard are kept clean. Peach orchard must be regularly irrigated to obtain optimum yield, adequate water is particularly necessary during pit hardening and fruit maturing stages. A deficiency in irrigation during the growing season will result in reduced fruit size. Excursive irrigation on the other hand may cause collar rot (phythora spp) disease.

Peaches respond well to N and K under most conditions and have higher requirements of these two elements even than apple. An average sized bearing peach tree is supplied with 60-80 kg F.Y. M annually depending upon the type of soil, yield and vigour of the tree. The manure is applied during the late autumn when the trees are dormant. For chemical fertilizer in Peshawer region the general recommendation is 2-4 kg ammonium sulphate per tree. This fertilizer should be applied into equal doses. First in early spring them after fruit setting in April.

Peach trees are generally trained according to open Centre or modified centre leader system. Which gives them strong frame. Annual pruning of bearing tree is essential for peaches as it is related to their typical bearing habit. Peaches bear laterally on previous year growth. Pruning is also necessary to get new shoots on this wood for the following years crop.

Peach tree encounter certain production constants which can be easily over come with proper management. Peach trees are quite sensitive to wet soil due to collar rot. Arrangement for proper drainage of excessive water should be made before plantation. The tree should be sprayed annually with Dimecron or K aratey or symecidon against peach leaf curle that is mainly due to green aphid. To protect the fruit from fruitfly diptrex or Basodine should be used before maturation of fruits. In addition to these pesticides, picking should not be deayed after fruit maturity to avoid the fruit softening and bruising.