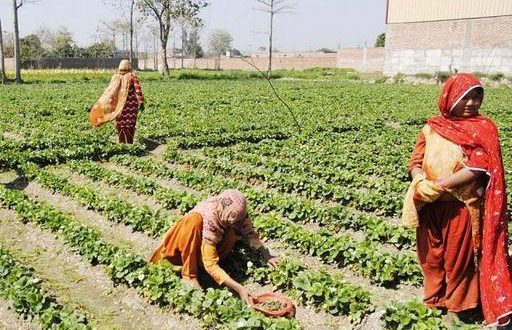 Federal Minister of National Food Security and Research Sikandar Hayat Khan Bosan has ruled out any threat of food insecurity, saying Pakistan has surplus stocks of wheat, rice, corn, sugar and other commodities.Talking to media after holding a meeting with All Pakistan Textile Mills Association (Aptma) Punjab Chapter President Aamir Fayyaz and other office-bearers at the Aptma House on Monday, Khan said the country had a bumper crop of corn in the current season and its yield also stood very high. Though many crops, including gram, had been affected by low rainfall and other environmental factors, their production would improve as showers were expected next month, he stressed. Responding to a question, the minister emphasized the need for putting greater focus on crop research to achieve higher agricultural production and that required joint efforts from the industry, farmers and government.Noting the passage of the Plant Breeders Rights Bill and the Seed Amendment Bill through parliament recently, Bosan called it a major breakthrough as it would enable the private sector to conduct crop research on its own. “This will not only help improve the overall agricultural produce but will also lead to an increase in industrial exports,” he said. In response to another question, the minister said the government had tried to ensure payments to the farmers and growers for their produce in accordance with the international prices and compared to previous years, cotton growers had received better prices in the current year.

2017-01-03
bkk_admin
Previous: Limitation and constraints in feeding cottonseed cake and rotten bread
Next: Over 480 kg of meat of dead animals seized, one arrested