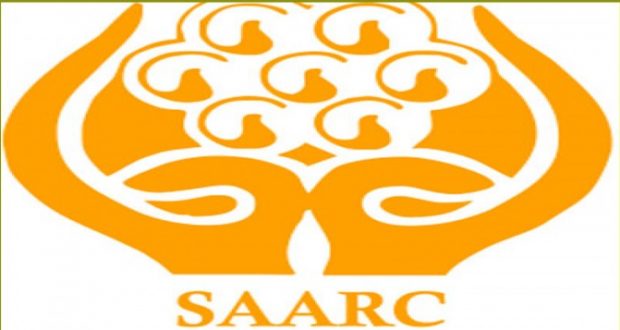 A business delegation under the leadership of SAARC Chamber of Commerce and Industry, Senior Vice President (SVP) Iftikhar Ali Malik will leave for India on June 30 to participate in South Asian Association of Regional Countries (SAARC) Development Fund (SDF) Partnership Conclave 2018.The three-day Conclave to be commenced from July 1 is aimed at strategic growth in the South Asia region through project collaboration and regional integration.Talking to a traders delegation from Islamabad jointly led by Zubair Ahmad Malik and Malik Sohail Hussain here Thursday, Iftikhar Ali Malik said the conclave proposes to solicit cross-border project co-financing under the “social, economic and infrastructure windows of SDF” in SAARC member states.”A press release issued here today quoted him as saying, “The thematic concepts to be discussed during the conclave for funding would be energy, transportation, ICT, trade and commerce, agriculture and allied sectors, and poverty alleviation, among others”.He further said SDF has also invited bankable project as it is exploring the possibility of forming a consortium of funding agencies for co-financing of projects in the SAARC countries. Shedding light on the aims of SDF, he said the main purpose of establishing SDF is to promote the welfare of the people of SAARC region, improve their quality of life and accelerate economic growth, social progress and poverty alleviation in the region.“SDF serves as the umbrella financial institution for SAARC projects and programmes which are in fulfillment of the objectives of the SAARC Charter. SDF promotes Regional Integration and Economic Cooperation in the region and has three funding windows viz Social, Economic and Infrastructure,” he added.Iftikhar Malik said that SDF is currently implementing 12 regional projects with more than 70 implementing and lead implementing agencies covering all the eight Member States under the Social Window funding. “We have already committed USD 73.74 million for social window projects as of date out of which it has disbursed USD 47 million to the Member States for Social Window projects. Recently “we have in-principle approved two energy infrastructure projects in the region with a loan commitment of USD 30 million under our Infrastructure Window. Other potential regional connectivity projects are under our active consideration to co-finance in SAARC Member states,” he added.Highlighting upcoming project of SDF, he said soon Social Enterprise Development Programme (SEDP) as part of its Social Window will be launched and it will be implemented in all the SAARC Member States with the objective of identifying and building social enterprises by using a mix of grants and concessional returnable capital.The programme intends to fund around 80 enterprises across the 8 SAARC Member States annually. SDF also proposes to launch its MSME programme in order to upgrade Micro Small and Medium Enterprises in the SAARC region by providing line of credit. SDF would create access to financial services which can in-turn boost job creation, raise income, reduce vulnerability and increase investments in human capital in SAARC Member states.