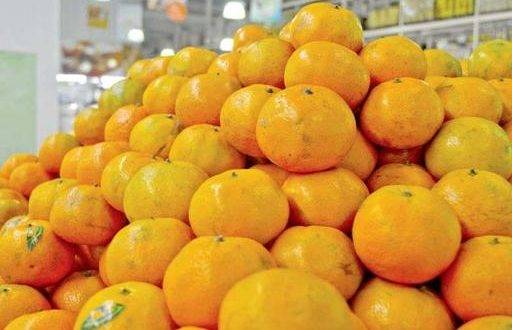 KARACHI: Federation of Pakistan Chambers of Commerce and Industry (FPCCI) Standing Committee on Horticulture Exports Chairman Ahmad Jawad has said that Pak-Afghan border closure has adversely affected kinnow exports to Afghanistan and Central Asia. As a result, the kinnow export target might not be achieved this year.

The All Pakistan Fruit and Vegetable Exporters, Importers and Merchants Association (PFVA) has fixed the export target at 350,000 tons for the 2016-17 season. “Thousands of people are stranded on both sides and traders are unable to move their goods. The sealing of Afghan border has created a serious humanitarian crisis,” a press release quoted him as saying. Jawad said before the closure, hundreds of trucks and containers mainly carrying foodstuffs such as fruit, meat and milk would pass through two border posts alone. The sealing of the border has also affected trade and movement of people from other checkpoints in the tribal areas. Thousands of trucks with perishable materials have been stuck on both sides for the past one month. According to an estimate, traders from both countries have been losing about $4 million a day because of the border closure. Pakistani traders are bearing about 80% of these losses.

Moreover, the government is also losing huge revenue as about 500 trucks on average used to cross the border every day, paying Rs10,000 each in customs duty and transit fee. The closure has also affected local traders and those associated with the transportation business. “Cumulative losses to the economy by this action are incalculable and it will be extremely difficult to retrieve the situation,” he remarked. The FPCCI official further said in the wake of recent terrorist activities in Lahore and Sehwan, “we stand with the government’s decisions. However, we also expect some amicable solution to the problems so that the two countries can resume trade.”