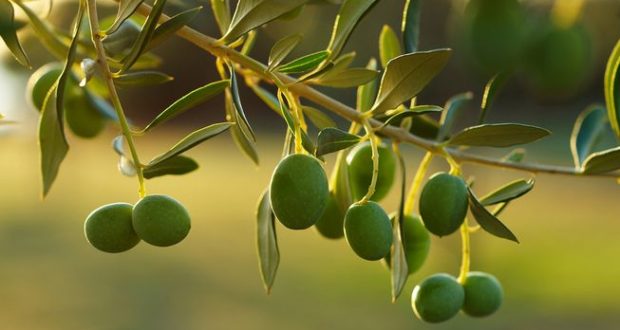 in Production Technology of Fruits September 8, 2017

Olive (Olea europea L) is one of the oldest plants cultivated by man in the world.

The native home of the olive is considered to be Asia Minor where from it spread to Europe and North African countries.

The world area under this crop is 10 million hectares from which 853.1 thousand tones oil is produced annually.

According to the latest statistically survey, about 98% of olive trees are grown in the Mediterranean countries, Italy and Spain alone accounting for 385 million trees.

The commercial and wild olive plantation is found into belts around the world between 30-45 o North and South of equator. Since Pakistan is located in this region.

Therefore, olive cultivation can be successfully undertaken in the country, provided relevant inputs, incentives and technologies are made available to the forming community.

Olive is good source of edible oil and is also used for table purpose particularly for pickles. The olive has not only nutritional and medicinal value but its fat content is also free from cholesterol. It is also used in food preservation, textile industry and cosmetic preparation along with variety of other purposes. It contents six type of acids with a dominating oleic acid content up to 74.5%.

The commercial and wild plantation are found in two belts around the world between 30-45 o North and South of the equator. Since Pakistan lies in between these belt, hence it is possible to grow olive in the country.

The wild species of olive are found abundantly in different parts of the country particularly in the provinces of NWFP and Baluchistan which indicate that improved varieties can also be grown successfully. Keeping in view the importance of this crop, olive cultivation and improvement work has been initiated at NARC.

The survey of potential areas of Pakistan with suitable ecology for olive cultivation indicates that olive can successfully be gown in tribal area in NWFP, Swat, Dir, Malakand, Loralai, Khuzar and Quetta with suitable management practices.

Oil Extraction Plant was installed in Tarnab (Peshawar) in order to push the crop on commercial lines. Improved varieties of olive imported from Italy have been planted in Swat, Dir, Malakand, Loralai and at NARC Islamabad.

In addition to Italian cultivars, four Turkish olive cultivars were also introduced and planted at NARC for evaluation studies during 1986. Some of this cultivar have shown good performance and giving good yield in Baluchistan and at NARC Islamabad for last 4-5 years.