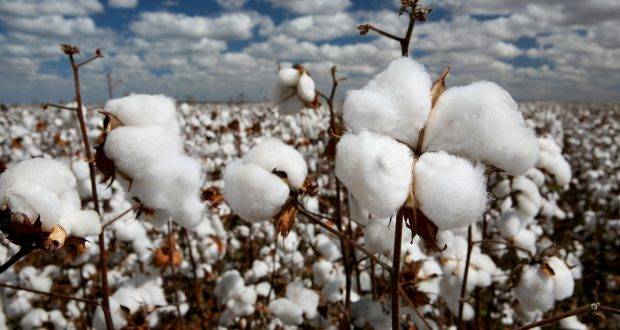 Spokesperson of Agriculture Department, Punjab said that cotton is a major crop of Pakistan. Pakistan’s economy is mostly dependent on cotton crop. About 75% of cotton production comes from Punjab District. Different factors are necessary for the better production of cotton. Proper management and effective strategies of pink bollworm during the winter is important to save the crop from pink bollworm infestation during next year. During November and December pink bollworm remains inactivate and goes into dormancy.

Pink bollworm moths overwinter in the soil or leftover bolls from the previous season. The larvae become active and pupate when temperatures and other conditions are appropriate and the adults emerge around late April or early May. Thus the farmers can save their crop from pink bollworm by taking appropriate actions during winter season. After complete picking of cotton, the immature and infected bolls should be removed and dried in sun. Then cotton should be separated and the remaining stuff should be buried. After last picking, cotton harvested field must be grazed by the sheep and goats, so that they will eat immature bolls and larvae of pink bollworm.

In infested fields the fallen and immature bolls should be removed. The cotton sticks must be cut and used for any purpose. The stems should be tie in bundle and kept in sun for drying. Base of the stem should face direct sunlight in order to destroy the remaining bollworm and to avoid emergence of moths during cotton season. Stems should be cut deep from the base. So that in early spring no any growth occurs from the base of crops and ploughing would be done smoothly in order to remove the pupa stage of pink bollworm living in the soil. Cotton bolls, seeds and other materials left in different factories should be discarded.

2018-11-12
bkk_admin
Previous: Despite the improvements in agricultural sector, the issue of water scarcity still exists.
Next: Vegetables export from the country increased by 72.6 percent