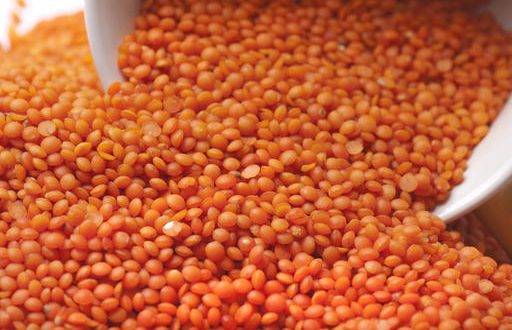 Lentil is the second major winter season food legume after chickpea in Pakistan. It is mainly grown in all the provinces but the two-third area is in Punjab. The area as well as its production has been decreased gradually (almost to 40% mainly due to shift of main lentil area to other crops, weed and disease problems, and non-availability of certified and quality seed of improved varieties). So far, only 9 varieties have been released for use of farmers. Masoor-93 has wider adaptability with high yield potential (3.843 tons/ha) than others. Shiraz-96 is suitable for cold and dry areas of Baluchistan. Presently, about 18 research units or institutes are involved in lentil research and development. The lentil hybridization program is going on at three research institutes. Lentil blight, rust and pea seed-borne mosaic are serious diseases. Weed control, application of basal dose of nitrogen with Rhizobium inoculation, phosphorus, zinc, and optimum seed rate are proved to be highly economical inputs for maximizing lentil production.

For enhancement of lentil production in the Spate areas, two approaches are suggested:

For the cultivation of lentils, light to medium textured soils with low levels of fertility is appropriate. Fine textured soils are not desirable for its production. In Spate irrigated areas, farmers can initiate seedbed preparation, once the ponded water is infiltrated in the soil. Once the soil is in a condition to till, cultivator or harrow can be used and later on planking be done to conserve moisture. In light textured soils, only one ploughing is adequate to remove weeds, otherwise in sandy soils ploughing may not be needed and direct seeding of lentils can be made.

In Spate irrigated areas soil fertility is relatively high due to inflow of sediments with the floodwater. Due to the higher availability of nutrients the planting time of lentil may be delayed so that vegetative growth is not excessive. The planting must be done in line using seed drill. Line sowing helps to have better yield. The recommended planting dates are middle of October to middle of November for Punjab and Sindh provinces, whereas for NWFP and Baluchistan the recommended planting period is the month of October. If lentil is planted early then the excessive vegetative growth can reduce the yield, whereas late plantings are more liable to insects and pests.

Lentil is a legume. It has nodulation capability which can fix atmospheric nitrogen into the soil, if seed is inoculated with bio-fertilizer using inoculants developed for nodulation.
High and effective nodulation on the roots of the lentils is an important agronomic factor for enhanced productivity and fixation of atmospheric nitrogen into the soil. The genotypes are now available with high nodulation capacity and consequently with higher yields. Fertilization dose of 60 kg/ha of phosphorous is recommended. Nitrogen is not recommended otherwise vegetative growth will affect the productivity.

In Spate irrigated areas pre-planting irrigation is essential. Irrigation at the flowering stage is adequate. In case of adequate rainfall this irrigation may not be needed. Lentil is drought tolerant crop and thus suited well for light to medium textured soils.

Weed control is essential to have higher productivity. Deep plouging of field before seedbed preparation. Inter-culture after 40-45 days since planting of lentils; and Application of Tribunil herbicide at the rate of 2.0 kg/ha and dissolving it in 375 to 500 liters of water, which is sufficient for one ha. The chemical application provides an effective control of weeds if applied after the planting of crop.

The lentil is of two types, the normal small size and bold (Malka Masoor).