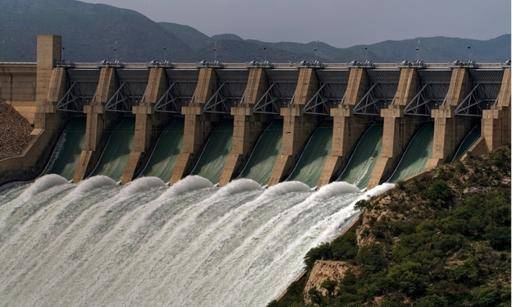 A report has stated that the water level in the two biggest dams of the country, Tarbela and Mangla, will reach their dead level in the next thirty-six hours. Dead level refers to the water level that has dropped to dangerously low levels. This is because the surrounding areas where these dams are situated have not received much rain in the winter season when the water is stored in the reservoirs of these dams.

Tarbela is apparently only 5 five feet away from reaching its dead level while Mangla is 10 feet away. Lack of rainfall in the area due to climatic changes is not the only reason for the new low levels of water storage in the two dams but also due to the wastage of 12 million acre-feet of water which is equal to the capacity of two big dams. This was only in the year 2016-2017.

Due to this, water scarcity has also been recorded at 19pc in the Rabi season. Amidst this water crisis, IRSA (Indus River System Authority) has also decided to release 28,000 cusecs of water in Punjab and Sindh on Thursday to help the provinces with the farming. These two provinces are also in danger during the Kharif season when it comes to availability of water.

This also means that during Kharif season the crops will most likely be hit by canal water shortage. At this point in time, no committee has any solution to this emergency as yet. The amount of water being released now is less than earlier though, by about 4000 cusecs. There is also news that storage capacity of the two dams has been reduced significantly – Tarbela Dam is 30,000 acre-feet smaller while Mangla is 40,000 acre-feet smaller. Experts say that the ongoing water crisis is also as a result of not taking a decision for Kalabagh Dam which if built would greatly help crop yields in the region.

2017-03-13
bkk_admin
Previous: Punjab: Cash prize of Rs. 500,000 On identification of adulteration
Next: Price hike in Potato, Onion and Tomato while decrease in Garlic