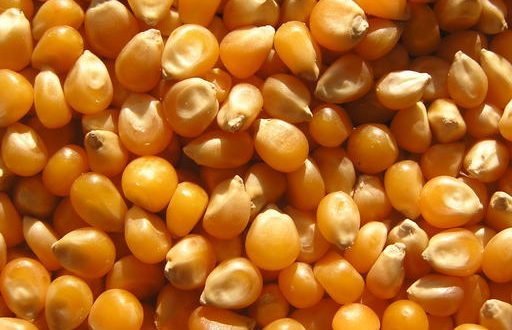 in Production Technology of Crops June 14, 2016

Maize is a popular kharif fodder in Pakistan and finds much use as fodder for livestock and poultry. The crop can be harvested in 60 – 65 days and it can be grown in most parts of the country. The green stalk has high carbohydrate contents so it is an enchanting feed for poultry. Hybrid seed should not be used for fodder purposes because they have less foliage, and short stature with less nutrition.

Neelum, Akbar, Sargodha 2002 and Sultan. Sargodha 2002 is a new promising variety. It can remain green in the field for longer duration of time and the production can also be increased to 50 mand per acre with an average yield of around 600 mands per acre.

Official fertilizer use figures for maize are not specifically recorded by the agricultural statistics services. However, extensive farm level surveys conducted by PARC/CIMMYT in various districts of NWFP and in the central Punjab reveal that approximately 66% of all maize growers now use chemical nitrogen fertilizer (70 kg N/ha) and about 25% use phosphorus (18 kg P/ha).

Approximately 65% of the maize in Pakistan has access to irrigation; the remainder is farmed under strictly rained condition. Eighty four percent of the maize production in Pakistan is concentrated in two principal geographic cluster: 11 districts in Khyber Pakhtunkhwa/Northern Punjab and 9 districts in the central Punjab.

It is estimated that almost 40-50% of the Pakistan maize is consumed on farm, 15-20% is marketed locally and 40% sold in the organized wholesale market.

The fodder grows well in well irrigated loams and gives low yields in areas with high rainfall. The soil can be prepared by ploughing 4 times followed by planking each time.

Good crop stand is possible when sown in early March and July or else the yield will be reduced.

Immediately after emergence, maize crop faces a serious threat of shoot fly and stem borer attack. Stem borer bores into the stem and makes a hole in the stem. Maize stem borer is a single major insect problem which will reduce the average and yield by about 10-30% under normal conditions. The loss may reach as high as 50% if the crop is planted earlier and environment is favorable. Furadon powder should be dropped into the shoots or broadcast at the rate of 20 kg ha-1 followed by irrigation. This practice should be repeated twice at 1 – 2 week interval. A considerable success has been achieved and germplasm MBR-25 has been identified through series of observation under natural and artificial stresses. The new material has shown a considerable tolerance for the maize stem borer.

Maize stalk rot disease is a serious problem causing economic losses to maize crop. The continuous selection and introgression (hybridization) of tropical brood (reduction in the temperature) in the improved major varieties have proved extremely helpful. With these research efforts the presently all of the improved varieties can be grown without occurring any economic damage by the stalk of disease which has been eliminated to a level of non-significant existence.

Similarly selection and breeding for leaf blight tolerance is a regular feature of research activities.Leaf color changes and leaf start drying farmers can easily core leaf blight by sowing of the above mentioned maize verities.

First irrigation should be done after 3 weeks of sowing. Later, irrigate the field according to the crop requirements. It should be kept in mind that no water remains in field or else plants will die.
Maize is drought sensitive crop and requires frequent irrigations for successful vegetative and reproductive growth. An irrigation within 10-15 days interval results in good growth. Drought will restrict many physiological processes leading to reduced yields.

The fodder crop should be harvest when 50% of the flowers are apparent. The crop is ready to harvest in 55 – 65 days. Yield depends upon the variety used like mentioned earlier if good variety is used and all the cultural practices have been done properly yields upto 500 mands per acre can be obtained.