in Production Technology of Fruits August 31, 2018

It can be planted in February-March and August- September. The planting distance varies from 6 meters to 7 meters, apart depending upon the soil fertility level. Thus one hectare shall accommodate 256 to 196 plants.

One metre deep and one metre diameter pits should be prepared at least one month prior to actual plantation. Lindane 30g or two litres of chloropyriphos solution @ 10/L may be applied to each pit to check white ants.

Keep the plant basins clear of weeds through out the year by hoeing. Rabi crop should not be grown in loquat orchards since, fruit is harvested in March-April. In Kharif pulses like Moong, Mash, peas and crop like Toria can be grown.

Loquat flowers from September to January under sub¬tropical conditions. The panicles producing flowers early in the season also produces well sized fruits, in comparison to those appearing late.

Loquat cultivars are self-incompatible or partially self- fruitful. Therefore, do not plant only one cultivar in an orchard California Advance is a good polliruzer for Golden yellow and pale yellow cultivars. Two to three cultivar planted together give high yield.

Loquat flourishes in well-drained irrigated areas of Northern part of Pakistan where certain amount of chilling is available during winter time; therefore its cultivation is growing in these particular lands which fulfills the requirement of this fruit. However chilling beyond –3ºC kills its flowers during winter, but the tree is cold hardy up to –10ºC, therefore this fruit is grown in the climatic zones of Pakistan where the temperature ranges between 38 to 25ºC in the summer with humidity up to 75% and in winter it ranges between 20 to 3ºC. The soils of these areas are sandy loam and clay loam while pH ranges between 5.0 to 8.5. The loquat is not pruned in our country while it is affected by numerous diseases i.e.Helminthosporium sp., Alternaria sp., Biospora sp., Diplodia sp., Colletotrichum sp., Currulara sp., Phytophthora sp.,Cytospora chrysosperma, Cytospora eriobotsyae and Spilocea eriobotryae and is also considered as host plant for fruit fly insect. Although it is not severely attacked by the insect itself but it seriously damages the peach orchards in the adjoining areas. As mentioned above the Northern part of Pakistan’s irrigated lands produce commercially viable fruit while in the Southern part of Pakistan due to very high temperature in summer and non-availability of sufficient chilling during the winter, the tree grows well but cannot produce commercially viable fruit.

Loquat is also trained on modified leader system of training. However, plants are also left to grow of their own and automatically develop a sound scaffold system. The tree trunk should be kept without any scaffold upto 50 cm of trunk height. The fruits are harvested as whole panicles and small portion of shoot. This much pruning is sufficient to get new growth. If some branches are to be removed, these should be removed in June.

Plants start bearing after three years of age. Fully matured and well coloured fruits with TSS above 9% should be harvested. All the fruits in a cluster almost ripen uniformly. While harvesting a small portion of the shoot should also be harvested with a sharp secateurs. Separate the clusters as A and B grade. The culled fruits of poor quality may be sent to be local/small market.

The graded fruits are properly packed in boxes. The boxes may be wooden or card board. Well sized un-bruised fruits should be packed in A grade and small sized good fruits in B grade. Rest of the fruits may be packed separately. The paper cuttings can be placed at the bottom of each box and for providing cushion to different layers. Wooden boxes of 14 kg size should be used for sending the fruit to nearby markets. 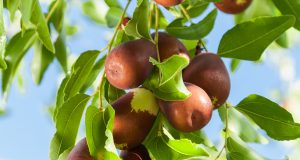 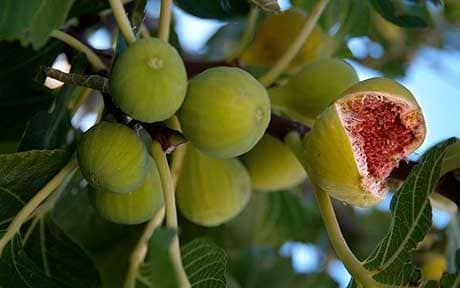 Introduction Fig is among oldest fruits to be cultivated on earth. Fig has different name ...