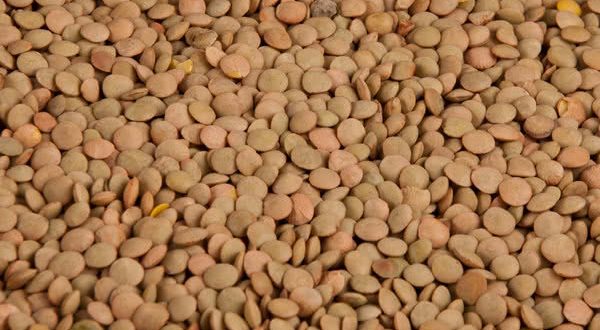 In rainfed areas Lentil can be cultivated till 15th October.

Lentil is the second major winter season food legume after chickpea in Pakistan. It is mainly grown in all the provinces but the two-third area is in Punjab. For the cultivation of lentils, light to medium textured soils with low levels of fertility is appropriate. Fine textured soils are not desirable for its production. The planting must be done in line using drill method. Line sowing helps to have better yield. If lentil is planted early then the excessive vegetative growth can reduce the yield, whereas late plantings are more liable to insects and pests. In Spate irrigated areas, farmers can initiate seedbed preparation, once the ponded water is infiltrated in the soil. Once the soil is in a condition to till, cultivator or harrow can be used and later on planking be done to conserve moisture. In light textured soils, only one ploughing is adequate to remove weeds. Lentil is a legume. It has nodulation capability which can fix atmospheric nitrogen into the soil and hence soil fertility increases. In light textured soils, only one ploughing is adequate to remove weeds, otherwise in sandy soils ploughing may not be needed and direct seeding of lentils can be made. Agriculture experts said that in irrigated areas lentil can be cultivated till 15 November. Lentil is drought tolerant crop and does not require frequent irrigation.