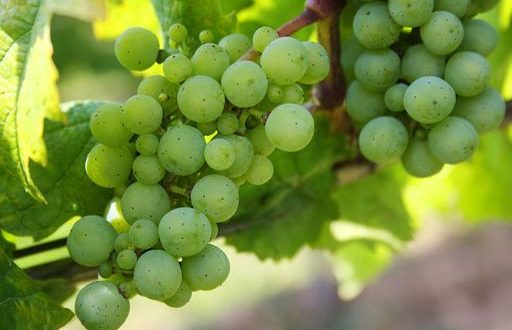 in Production Technology of Fruits June 16, 2016

The grape belongs to genus Vitis which comprises about sixty species. However, the principal species from which the cultivated grape has been derived is Vitis vinifera. There are three broad divisions of grapes: Dessert grapes, wine grapes and Raisin grapes. Grapes are rapidly becoming a popular home grown fruit. They are consumed fresh, as juices and wine, as raisins, jam and jelly and as frozen products.

In Pakistan, only European grapes are cultivated for eating. Over 70% of the grapes are grown in Baluchistan, while there is some acreage in Khyber Pakhtunkhwa.

Grape is one of the most remunerative summer fruit crops, native to warm, temperate zone between 34oN and 49oS Mountainous and sub-mountainous areas up to 2000 m altitude or more are suitable for its cultivation. In Pakistan, grapes are grown over an area of 13,000 ha with annual production of 49.0 thousand tones. It require long, warm, dry summers and cool winters for best development.

A deep fertile, well drained loamy soil with a moderate amount of organic matter is more suitable for grapes cultivation. A pH range from 5.5 to 7.0 is required. On soil with low fertility level, grapes grow slowly and produce low yield. Heavy clayey soil should be also avoided. Grapes are grown in mild sub-tropical conditions. They require a winter period to fulfill their chilling requirements. European grapes grow and bear well under a long, warm to hot, dry summer. In Punjab onset of monsoon weather during the ripening period cause the failure of grapes.

Grapes are generally propagated by cuttings. Ripe wood cutting of 12-18 inches long with 5-8 nodes taken from last year’s canes of medium thickness are best to ensure proper rooting. To ensure their proper rooting they are tied in small bundles and heeled inverted in earth with their bases up and are lightly covered with soil for a week.

Immediately after plantation the grape vines require irrigation. Irrigation must be applied at an interval of 10 days during early summer. Afterwards they should be irrigated after an interval of 20-25 days during late summer and once a month during winter.

Grapes are slow to show the symptoms of being unhealthy. The effects of fertilizer deficiencies can’t be observed appropriately but lack of fertilizer over a period of years results in a gradual decline in growth and yield. Nitrogen, Phosphorous and Potassium fertilizer should be applied during winter or early spring to maintain the plants.

Training and pruning depends on the system you select. Initially your plants should prune to develop a single strong shoot with several well placed laterals. Most common pruning systems in grapes are Head, Corden and Cane systems.

Head system does not need any support, but good results can be achievehed in those varieties which bear on the lowest second or third bud. Cordon system requires a two-wire trellis. Select the laterals and train them along the wires. These form the permanent arms of the cordon. Each spring, prune the canes that grow from the cordon back to one or two buds each and thin the upright branches to four or five on each permanent arm. Cane system is similar to cordon system with little changes.

It is the common insect pest that feed on the vines from the time, leaves appear in the spring until they drop in the fall. They destroy the green chlorophyll, and the whole leaf may become pale, die and turn brown.

It is a fungal disease prevalent on grapes. Any portion of plant such as leaves, blossom, fruit and young shoots may be affected. A white patch appearance may be noted on leaves and young shoots; blossom fails to set fruit. Young berries attacked by this fungus may drop, or become hardened, discolored and cracked. To control powdery mildew fungicides must be applied before the symptoms are observed.

It is caused by a gall-forming nematode and it may become a problem in sandy and sandy loam soil, resulting in a decline in vine vigor and reduction in yields. To control the disease resistant rootstocks must be used and soil fumigation should be done.

Grapes should not be harvested until they are fully ripe. There are many indicators to the proper stage of grapes for picking but the taste is the most valuable indication of the ripeness of the bunch. For this purpose, the grapes which are always near the tips should be tasted. If the taste is good, then it means the entire bunch is ripe for picking.