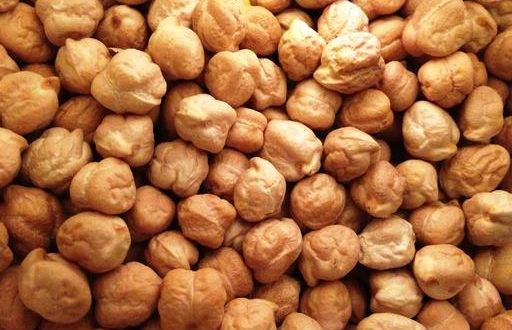 Gram is a major Rabi pulse crop in Pakistan. It is grown in areas after rain and floods. It is a short duration crop and can be grown between September and November. The best time for sowing is the second week of October.

Being a leguminous crop it is well suited under dry tracks. It requires winter climate weather condition and is allergic to frost. In normal condition the gram matures within four months or a little later. After reaching maturity stage the gram plant cannot stand heavy rains or hail storm.

The crop demand rainy condition but it can be grown in less irrigated areas also. The crop is heat resistant and flourishes under good moisture condition. It can bear drought condition due to long taproot which allows using water from great depths than other pulse. It tolerates acidity but is sensitive to salinity and alkalinity. It has the ability to stick to 60-80 percent of its nitrogen requirement and excessive nitrogen fertilizer may delay maturity. In normal condition the gram matures within four months or a little later.

Chickpea (gram) crop is mostly grown in Punjab followed by Sindh and NWFP. Punjab contributes about 80 percent toward total production but the yield is highest in Sindh.

Chick peas are one of the oldest pulses known and cultivated from ancient times both in Asia and in Europe. It is assumed that gram is originated either from Himalayas or Mediterranean region. At present it is grown in Pakistan, India, Italy, Greece, Rumania, Russia, Egypt, North Africa and many other countries of world. Chickpea is valued for its nutritive seeds with high protein content, 25 – 28% after dehulling. Chickpea seeds are eaten fresh as green vegetables, parched, fried, roasted, and boiled; as snack food, sweet and condiments; seeds are ground and the flour can be used as soup and to make bread; prepared with pepper, salt and lemon it is served as a side dish as well as dal chana is very popular. There are two main types of chickpea, distinguished by seed size, shape and color. The first relatively small seeds is called desi and with large seed called Kabuli. Desi chickpea is cultivated mainly in the Indo-Pakistan subcontinent. Chickpeas are used both for human consumption and animal feeds in rural and urban areas.

It is a small, much branched herbaceous plant rarely exceeding 60 centimeter height. The leaves are innately compound, usually with one terminal leaflet. The number as well as the size of the leaflet, however, varies in different types. There are 9 – 15 pairs of leaflets. The leaflets of the pinnate leaves are small, and have serrated edges. The leaves are covered with glandular hairs. The color of the leaves also varies; some being light green while other is green or dark green. Certain types possess leaflets with red margins. Flowers are of various colors from white to shades of pink or blue. Anthesis starts between 9 AM – 10AM and may continue up to 3 PM. The flowers remain open for two days, the flowering process being over early on the second day. Self-pollination is the rule, but cross pollination may occur to the extent of about 5 – 10% due to agency of insects. The pod is about 2 cm long and usually contains two seeds. A single plant produces about 50 to 150 pods. Chick pea has a well-developed root system. The roots usually include a central strong tap root, with numerous lateral branches that spread out in all directions in the upper layer of soils. There are numerous nodules on roots. The rhizobium bacteria present in these nodules fix up atmospheric nitrogen.

Chickpeas with colored and thick seed coat are called desi type. The common seed colors include various shades and combinations of brown, yellow, green and black. The seeds are generally small and angular with a rough surface. The flowers are generally pink and the plants show various degrees of anthocyanin pigmentation, although some desi types have white flowers and no anthocyanin pigmentation on the stem. The desi types account for 80-85% of chickpea area. The splits (dal) and flour (besan) are invariably made from desi type.