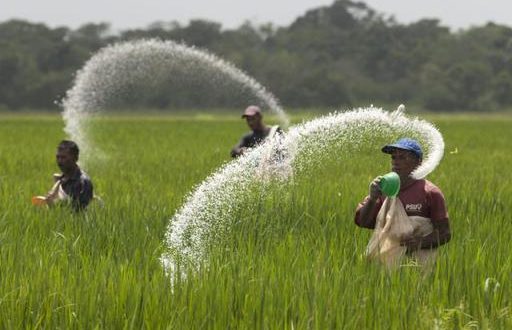 Fata farmers hurt by ban on transportation of urea fertilizer

PESHAWAR: Ban on urea fertiliser may not have affected the bomb-making terrorist organisations as much as it has hit the agriculture sector in tribal areas where farmers are forced to use low quality smuggled urea to increase their crop produce. “The urea (fertiliser) smuggled into tribal areas from the neighbouring Afghanistan is of very bad quality and yet very expensive,” said Mumtaz Ali, who was forced to use a fertiliser being sold in Parachinar market at a high price. He was forced to buy a sack of urea for Rs3,500 for he needed it for his wheat crop.

“I hear it is being smuggled from Afghanistan where urea from Central Asia and Russia is easily available,” said the farmer who was amazed that Pakistani urea which was cheaper and of better quality was banned for use in the Federally Administered Tribal Areas, but the smuggled one was available. In settled areas of the country, a 50 kilogrammes bag of urea costs about Rs1,600 but since its transportation to Fata is banned the farmers are forced to use inferior quality urea being sold at a high price. Agriculture sector in various areas, particularly in Bajaur, Kurram and South Waziristan agencies, has suffered due to the ban imposed by the government first in 2009 on supply of chemical fertilisers to Fata.

The ban was imposed when the US pushed Pakistan to implement thorough regulations on fertilisers as it has been directly responsible for killing of people in the IED blasts. Haji Rauf Hussain Turi, a fertiliser dealer in Parachinar, told Dawn by phone that farmers used the low quality urea, which had affected per acre yield drastically. “We requested Chief of Army Staff General Qamar Javed Bajwa during his recent visit to Parachinar to lift the ban which is affecting our crop production,” said Haji Rauf, who is also president of the traders association in the town adjacent to the Afghan border.

He said that the traders and elders had earlier made the same request to the Corps Commander Peshawar and Inspector General of Frontier Corps to lift the ban and work out a proper mechanism for the distribution of fertilisers. He said that all kinds of fertilisers were available in Afghanistan which was imported from Russia, Iran, and Central Asia.