Agricultural News
Home » Agriculture News » Farmers have been advised to avoid setting residues of paddy crops on fire, as it cause environmental degradation and smog as well in the winter 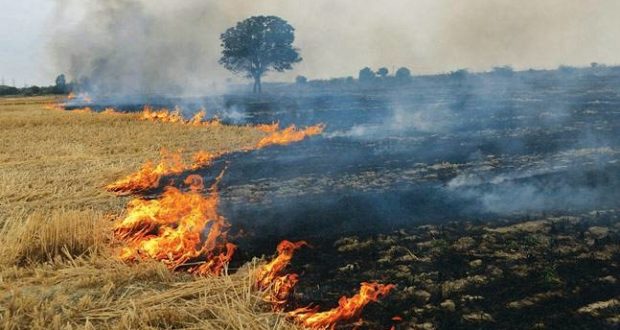 Farmers have been advised to avoid setting residues of paddy crops on fire, as it cause environmental degradation and smog as well in the winter

Farmers were in the habit to set on fire remains of paddy crops after its harvesting as they consider it was an easy and cheap way to dispose of residues of crop, but on other hand, their action causes serious damage to organic matters of earth. The smoke of paddy husks also creates air pollution which reciprocally causes smog during winter while it had also a danger of adverse effects on human life, fertility of land, standing crops, orchards and vegetables.

Therefore, paddy growers should refrain from setting fire to the husks and residues of their crops after harvesting. Smoke raised from paddy crops’ burning also caused accidents, which alternatively claim precious human lives, therefore, farmers, instead of setting fire the paddy stubble, should increase the fertility of soil by mixing it in the land through rotavator or plough. The mixing of paddy husks in the soil not only increases fertility of land, but also decrease the need of urea fertilizer.

2021-09-20
Hira Mahfooz
Previous: Important recommendations after cotton has been harvested
Next: Weeds can reduce maize production up to 45%