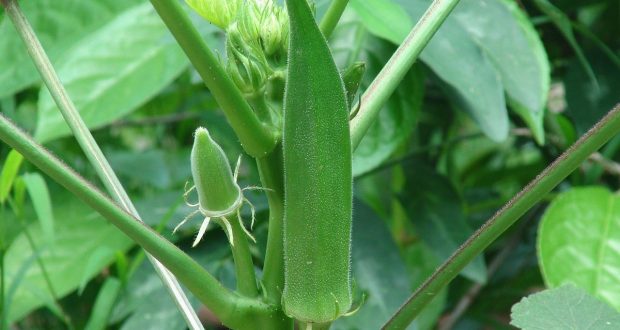 Okra is an important crop, but its production is constrained by insect pests. Agriculture Experts have instructed farmers to take appropriate measures in order to protect okra crop from harmful insects. They said during early winter late growers of okra should protect the crop from cotton spotted bollworm. Appropriate measures should be timely taken, so that there is minimum chance of loss. Cotton spotted bollworm immediately attack fruit after its emergence. It bore in to the fruit and it is infested badly. For the control of this insect infested fruits should be removed and buried in to the soil. Insects such as aphids suck the plant sap and causes damage to the crop. They said for the control of bollworm, and aphids Melathion at the rate of 450 g should be applied. If the crop is near to harvest then the farmers should use insecticides after doing pest scouting. Farmers should consult agriculture experts and after that they should use such insecticides whose effect doesn’t remain longer.

2018-10-30
bkk_admin
Previous: This year Kinnow production declined 25 to 30 percent
Next: Use of olive oil is effective in controlling sugar and weight, Medical Experts