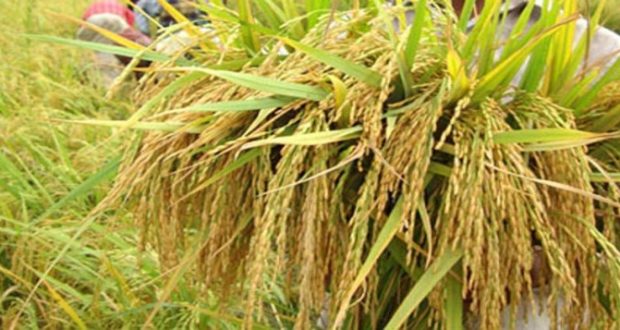 Farmers are instructed to continue pest scouting in Rice fields.

The rice plant is vulnerable to many insects and diseases from its sowing to harvest. The major insect pests that causes significant yield losses are stem borers, leaf folders, plant-hoppers and leafhoppers. Since the introduction of high yielding varieties, distinct changes have occurred in the insect pest complex of Pakistan. Several species, which were once considered minor pests, are now considered major pests in Pakistan. Examples are leaf folders and white-backed plant hopper. Stem borers are still a great threat in traditional Basmati growing areas. Basmati yield loss caused by yellow stem borer, white stem borer, pink stem borer and striped stem borer has been estimated at 20-25 percent. Agriculture Experts have instructed farmers to continue pest scouting in rice. To protect rice crop from different diseases such as rice blight, rice bunt, and rice blast, pest scouting is necessary. Because due to change in weather chances of diseases and insect pest attack increases. They said rice blast occurs in those fields, where water does not stand. So in those field water should be given from booting stage to seed initiation. If a field shows disease of rice blast then proper fungicide should be applied at an interval of 15 days. After occurrence of brown patches on leaves copper oxychloride at the rate of 3g per litre water should be sprayed.

2018-09-26
bkk_admin
Previous: Fertilizers should be applied at appropriate time to Jamun plants.
Next: Thailand will support Punjab to increase the production of rice and wheat.