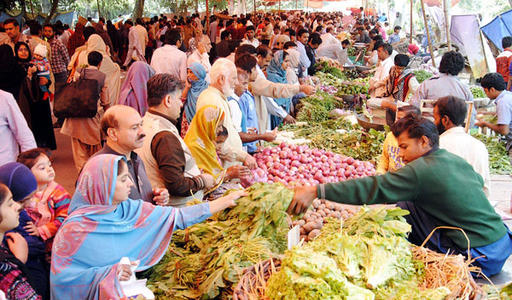 After DCO even Deputy Commissioner failed to manage Sunday Bazars. Various vegetables including peas, capsicum, chillies and radish are unfilled at Sunday Bazars but available outside with hawkers. Although large verity of fruits was available in Sunday bazars but their prices were way higher than the recommended price list. Bazar’s administration at various places were absent and chairman/vice chairman union council are reluctant to jump into this mess. Vegetables been sold at high prices while fruits observed mixed price patterns.

2017-02-13
bkk_admin
Previous: Protest will be triggered if explanation on import of Indian poultry feed is not been made. Abdul Karim
Next: Climate change, agriculture and food security