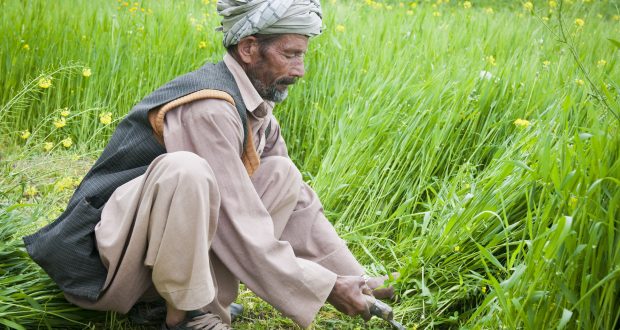 A farmer cuts alfalfa in a field near the town of Bamyan, June 16, 2012. Many farms in the area are still planted and harvested entirely by hand. The Bamyan Provincial Reconstruction Team has been labouring to replace these kinds of outdated farming techniques with tractors and other modern advancements. Potatoes have become the main cash crop for the province, contributing millions of dollars to its economy every year.

Addressing the gathering, the DC said the cards would play an important role for development of agriculture sector in the country.He said the Zameen Sehat Cards were part of government’s farmer-friendly policy.He said cards were being provided to farmers after analysis of the lands, which would help farmers select better fertilizers for their lands.Director Agriculture Faiz Muhammad said the field staff was making all-out efforts to help farmers.