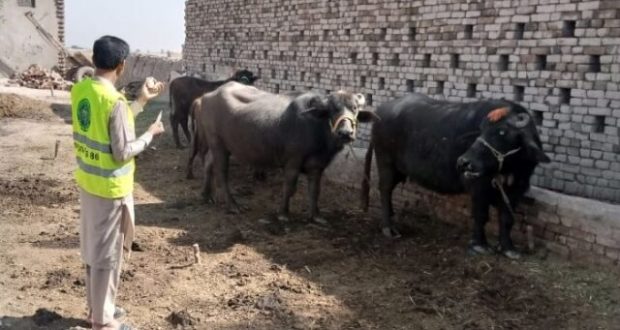 It has been decided to vaccinate cattle against measles, mumps, sheep and goats to prevent intestinal infections before the rainy season. There will also be announcements in this regard in the mosques of rural areas and camps. According to the report, due to lack of vaccine before the rainy season, large animals get infected with Hemorrhagic septicemia, while in sheep and goats, disease like Enterotoxemia is common which kills animals. Livestock sources said that there are about 3.2 million small and large animals in each district. To save the livestock, Livestock and Dairy Development has decided to launch a regular campaign for which teams consisting of staff from veterinary hospitals will be formed. The teams will vaccinate the animals in their respective villages, camps and mansions.