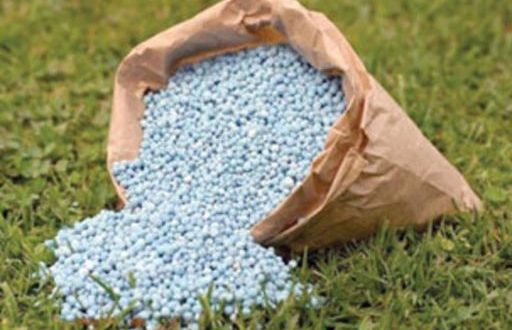 The Federal Board of Revenue (FBR), even after the lapse of two months, has failed to devise a mechanism for the disbursement of fertiliser subsidy on the import of di-ammonium phosphate (DAP). A notification to this effect was issued by the Ministry of National Food Security and Research on June 25, 2016, in line with the Finance Bill 2016 for paying the fertiliser subsidy announced by the federal government in the budget for current fiscal year.

“The ministry had issued the notification under which the FBR was supposed to devise a mechanism for the disbursement of subsidy among the importers of DAP, which was part of the Rs20-billion subsidy announced by the federal government for farmers,” said a source in the Ministry of National Food Security and Research. “Urea is produced domestically so there arises no issue of payment to the producers but DAP is an imported commodity which causes complications in the disbursement of subsidy among the importers,” he added.

According to the consensus reached among key stakeholders including the Ministry of National Food Security and Research, Ministry of Industries, Ministry of Finance, FBR and State Bank of Pakistan, the FBR was tasked with establishing a mechanism for the release of subsidy to the DAP importers. However, even two months after the issuance of notification, the FBR has failed to comply, which has affected the supply of DAP fertiliser to the farmers. “We have not received any subsidy payments for the past two months,” said an importer on condition of anonymity. The source shared that the FBR asked as to why the tax department was exclusively required to devise the payment mechanism. Its role was limited to verifying the import of DAP and recommending the payment accordingly, the FBR said.

Last year, the payment mechanism was established by the Ministry of National Food Security and Research but it was later challenged in the Supreme Court due to which the ministry had to face embarrassment. Another officer in the ministry said they were constantly in touch with the FBR authorities, who were working on the mechanism and hopefully it would soon be put in place. “Twenty-two fertiliser companies are importing and supplying DAP to the farmers, but they have not yet been paid the subsidy,” the officer added. However, he claimed that they had received no complaints from any part of the country about the shortage of DAP. Despite the assurance, FBR spokesperson Dr Muhammad Iqbal did not give the department’s point of view even after two days.

2016-09-05
bkk_admin
Previous: As the urban corn cob vendors disappear gradually from the streets, farmers in Sindh get doubtful of getting returns on the grain, and prefer growing it only as fodder grass. The promise of higher returns is what prompts their decision.
Next: DAP import: No breakthrough in talks on fertiliser subsidy claims