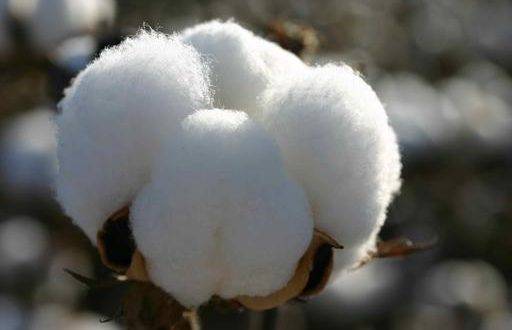 Cotton is the major fiber and non-grain crop in Pakistan and it contribution is 1.6% in GDP of Pakistan. BT-cotton varieties have been developed in the last decade which are high yielding and insect resistant.

The BT-cotton production technology as per the government agriculture department in Punjab is given as under.

Seedbed preparation is the most important phase for the successful yield from a land. The soil selected for the cultivation for cotton should be well prepared before sowing the seed. The soil should be porous in nature and allow root penetration for normal plant stand. The residues of previous crops should be mixed well in the soil with some rotavator, disc plough or some other plough. Seedbed should be prepared through deep ploughing followed by laser land levelling. The soil should have good water holding capacity and there should be no hard pan in the subsoil layer. In case of green manure crops, the crop should be ploughed into the soil 30 days prior to seed sowing of cotton and the field should be irrigated after 10 days of ploughing. To aid the decomposition process, half bag of urea should be mixed during ploughing.

The time of sowing is very critical for a healthy crop stand. It is usual practice among farmers to sow cotton after the harvest of vegetables or when the field is fallow or early sowing is done to avoid virus attack. The important thing is to avoid the low chilling temperatures because cotton favors hot summer temperature with no frost. In case of temperatures as low as 15o C, there are possibilities of fungal attack which can destroy the crop at seedling stage. So the minimum temperatures at the time of sowing should not be less than 20o C. The selection of the variety, BT or other should be made depending upon the previous year’s cropping history.

The time of sowing for different BT cotton varieties in Pakistan is varying from 15 April to 15 May.

The seed rate for a particular variety should be according to the package label of seed. Healthy, certified and treated seeds should be obtained from trusted sources.

Seed drill should be used. With the drill, the recommended row to row distance is 2-2.5ft and plant to plant distance is 12-15 inches. The seed should be drilled to a depth of 2.5 inches in ground. After the first irrigation of field, the alternate seed rows are earthen down with soil (make furrows and ridges). This practice helps to reduce water consumption 30-40%. Other benefits include, good management of weeds, cotton plants of same height, no. of plants per acre is good, and this practice also facilitates other cultural practices in the field like spraying pesticides. Second irrigation should be given 3-4 days after first irrigation of field.

For sowing by hands, the field should be made into furrow and ridges, then irrigate the 6-7 inches deep furrows. After irrigating the field, sown the seeds by hand at a height of 1 inch from the standing water level of the field. If gaps are left in the field, they should be filled with next irrigation. The furrow method of sowing has same benefits as mentioned with the seed drill method.

Sowing by hands is helpful in reducing the seed used for sowing. The numbers of plants per acre are good and the practices like spraying and weeding can be done with rain or irrigation water in the field. Proper crop growth is achieved.

Fields should be irrigated according to the soil fertility, method of sowing, stage of crop and water requirements of the crop. The signs of water deficiency are first visible on the upper bank of the field, which include bluish appearance of leaves, the internode distance decreases in the upper branches of the main stem, white flowers at the top, reddening of the upper part of stem and roughness of leaves at the top. The field should be irrigated before these signs are visible to avoid loss in production.

In case of row cropping, first irrigation is given after 30-35 days of sowing and later after a gap of 10-12 days. And in case cotton-wheat cropping system, last irrigation should be given till 10 October.

In case of furrow beds, first irrigation is at 2-4 days of seed sowing, second after 6-9 days and subsequent irrigation should be given at 15 days interval.
Irrigation scheduling should can be changed according to the prevailing weather conditions.

Phosphorus, zinc, boron and potash should be completely given at the time of sowing.

Nitrogen should be applied in 6 splits. First, with sowing, 2nd after 30-35 days of sowing and later nitrogen dose should be given at the gap an irrigation each.

For sowing in May,

First dose with sowing, 2nd after 30-35 days of sowing, 3rd at the formation of floral buds, and 4th at boll formation.