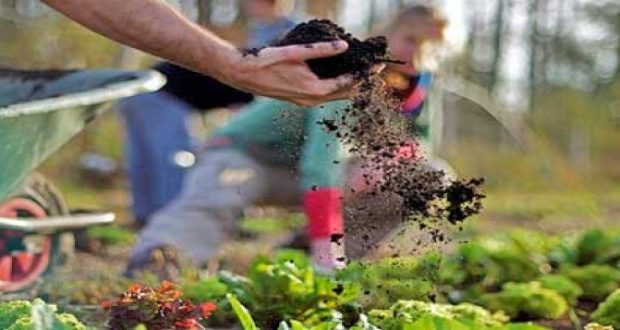 Combined use of fertilisers and weedicides

WEEDS often reduce crop production as they compete with the crop for nutrients, water, light, gases and space.There are numerous losses due to weeds and they are varied in nature. Losses due weeds and the cost of their control constitute one of the largest expenditure in production of crops and vegetables. These losses are almost equally divided between reductions in crop yields and costs of controlling weeds.About one-half of all tillage done on farms is for control of weeds. Weeds reduce land value, lower crop quality and animal products; result in spread of disease causing animal deaths and offer habitat to insects and opportunity to multiply.Weeds cause problems in water management by clogging ponds, recreational lakes, irrigation and drainage ditches and interfering with navigation. Some weeds may impair the health of human beings on contact or by allergenic reactions from pollen. Weeds also cause expenses in non-agricultural areas such as roads, railroads, utilities, industrial sites, parks, lawns and forests.Insects are well known as vectors of human diseases as malaria and typhus fever, among others but are often overlooked as vectors of plant diseases. In some instances, as with fire blight, honey bees merely transmit the disease mechanically from one tree to another. In other cases, insects can harbor disease organisms throughout the winter months and infect plants in the spring.One of the important developments in fertilizers in recent years is their use as pesticide carriers (herbicides, insecticides, fungicides). While fertilizers and pesticides are distinct entities and usually are treated as such, pesticides can no longer be excluded from any broad discussion of fertilizer technology and usage. Insecticide and herbicide additives to fertilizers play an important role in the technical and economic position of the industry.For efficient use of nutrients, crops require excellent weed and insect control. Without proper control of weeds and insects investment of growers in fertilizers will be wasted. An actively growing weed is more easily killed with herbicides than one stunted from a nutrient deficiency or for any other reason. This is because a herbicide generally moves into a plant through the vascular tissue. The more rapidly accumulates at the site of action the less likely it is to be detoxified before destroying the plant.Many weeds compete for fertilizer nutrients better than the crop species. Therefore, starter fertilizer is generally placed in furrows adjacent and slightly beneath the planted seed to give the crop maximum opportunity to assimilate it. Later application of fertilizer may be injected into the soil when the crop root system and the growth rate have developed sufficiently. Broadcast application fertilizers on to the soil surface have often benefit weeds more than crop.

Weeds are also influenced by soil pH, so changes in soil reaction can be made to inhibit some troublesome weed species such as Dandelions. Other weeds as red sorrel appear to tolerate acid soil quite well.Proper use of nitrogenous fertilizer has been helpful in weed control. Nitrogen encourages more rapid early vegetative growth and increased crop competitiveness and shading to associate weeds in some instances.Soil fertility does affect insect populations. Over 35 years ago, it was found that grasshopper survival and reproduction were lower when grasshoppers were fed on corn with high nitrogen content. There will be fewer green bugs per gram of foliage and less plant damage where nitrogen is included in the nutrient combinations, with the exception of nitrogen and calcium combination.Insecticide-fertilizer combination has been common. When fertilizers are applied either to soil or to leaves the addition of a suitable insecticide, if timing is correct, may be advantageous. Alkalinity or acidity may have a profound effect on both efficacy and shelf-life of an insecticide.When the practice of applying herbicide together with fertilizer is agronomically sound, it usually means a savings for the user with a resulting increased use of the practice. This has occurred because of saving in time, labour, equipment, and expense to the farmer. Besides being a convenient to the farmers, it is also a new area of service and profit for the fertilizer applicator.The commercial applicator can afford to purchase the necessary equipment. The combination promotes broadcast fertilizer application near planting time and destroys the weeds that would otherwise compete for these nutrients. Most herbicide-fertilizers are applied in fall, winter, or early spring. Fertilizers have been applied at such times as pre-plough, pre-plant, pre-emergence, post-emergence, direct post-emergence, basal lay by, top dress, and side dress. Herbicides and insecticides are generally applied in pre-plant stage; so these four mutual application times would be where joint fertilizer-pesticide application will be used. If time of application and placement coincide and compatibility is not a problem, insecticide and herbicide can be combined with fertilizer applications if the requirements are met.In case where fertilizer-pesticide combinations are to be manufactured as a product, common in the lawn and garden sector of the industry, then a label separate from the pesticide label must be registered and approved by appropriate agencies.The increased use of combinations during the past 30 years attests to the feasibility of using these materials together. There are many situations where joint applications of fertilizers and herbicides or insecticides are agronomically and economically feasible and their joint use will continue to increase in agricultural production. Strict federal regulations regarding the use of combinations appear imminent and this might restrict some uses of mixtures.However, increased labeling may create compatibility problems prior to their use on the farm. It will probably be seen that theweed and feedconcept developed into an important agricultural practice during the 1970's. This may be more true for weed control than for insect control, where the trend is reversing.

2018-04-28
bkk_admin
Previous: Weather Forcast
Next: Agriculture Department says onion can be stored for more than 6 months