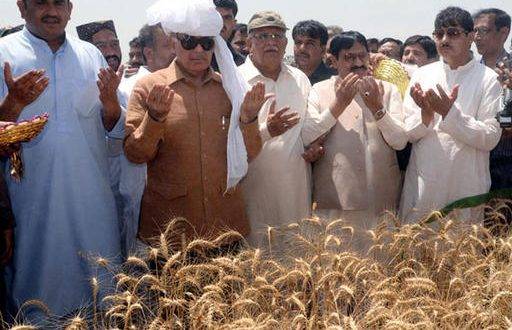 Lahore: Wheat harvesting campaign commenced in Kasoor when in an opening ceremony Chief Minister has been awarded by traditional Punjabi turban. Chief Minister has put the turban on and inaugurated wheat harvesting campaign. He also congratulated all the farmers who keep participating in country’s economy. Addressing to the people he also condemned those who blaming prime minister and his vision regarding Pakistan.