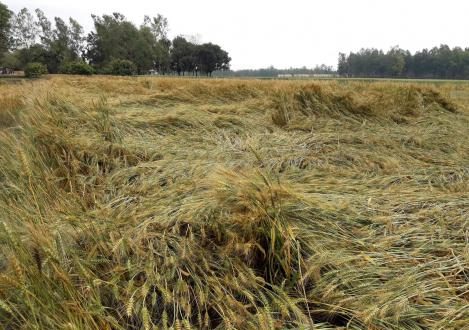 Chances of damage to wheat yield from severe rains, Sahiwal

Chance of loss to wheat crop on million acres due to heavy rainfall across Punjab. According to details, raifall in various districts across Punjab including Sahiwal continues for a few days, due to which severe crop damage to the wheat crop on millions of acres is underway. In some cities, wheat crops are completely destroyed by hailstorm. The wheat and maize crops were particularly vulnerable because they were close to harvest time