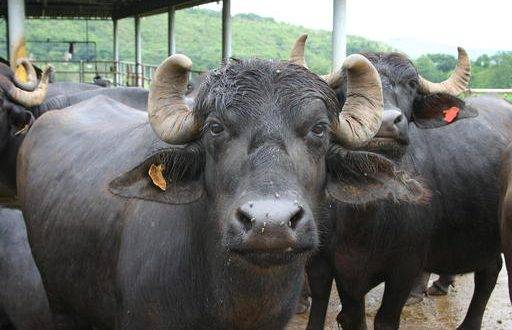 The process through which large feed particles are broken down into smaller units that are absorbed and undigested material is excreted out of the body is called digestion. The process of digestion is carried out through digestive system. There are two types of animals on the basis of variations in structure and function of digestive system i.e. ruminants and non-ruminants. Ruminants which are also called polygastrics and include cattle, buffalo, sheep and goats while non ruminants which are also called monogastrics and include horses, donkeys, rabbits, dogs and cats. The key difference between digestive systems of ruminants and non-ruminants is the structure of stomach. Non ruminants have simple stomach while the stomach of ruminants consists of four compartments i.e. rumen, reticulum, omasum and abomasum.

There are two types of feed resources used for Livestock feed.

Roughages are plant material in a fresh dried or ensiled state which are bulky and fibrous in nature and normally contain higher percentage of crude fibre (18%) and low percentage of TDN (less than 60%). There are two types of roughages including green roughages and dry roughages.

Fodders, forages, range grasses, sugar cane tops, and tree leaves are the examples of green roughages. Green roughages are high in moisture content, easily digestible and are commonly used for the feeding of dairy animals. Pasture species which are naturally growing are called forages while those which are cultivated are called fodder.

Dry roughages include hays, straws, stovers and hulls. Hay is prepared by drying the fodder and then preserving it. In Pakistan farmers mostly prepare hay from lucerne, sorghum, millet, oats and grasses. Hay is used during the scarcity period of fodder.

When the grain portions of the crops are removed, remaining dried plant material are straws and stovers. They consist mostly of stems and leaves. These may also be termed as crop residues. These are low in protein, high in fibre, less digestible, low in minerals and cannot be consumed in large quantities by the animals. Therefore they are classified as poor quality or low quality roughages. The commonly available straws and stovers in different areas of Pakistan are wheat straw, rice straw, barley straw, chickpea straw, moth and moung straw, and soyabean straw, maize stovers and sorghum stovers.

Hulls are the outer hard coverings of grains which are obtained as by product during seed processing. Cottonseed hulls are commonly used for livestock feeding in some parts of country. Seeds broken in processing are mixed in with the hulls to increase their nutritive value. Rice hulls are also abundantly available but they are of extremely poor quality.

Molasses is by product of sugar industry. It is a thick viscous material which is high insoluble carbohydrates and some minerals. Although molasses is a cheap and energy rich feed but still it is not commonly used by local farmers. Molasses can be included in the diet by mixing it with other concentrates, spraying it on dry roughages or providing it as a free lick or as solidified molasses urea block. The palatability and consumption of poor quality roughages are increased by the use of molasses. Fats and oils contain about 2.25 times as much energy as carbohydrates or proteins. Due to their cost, fats and oils are not routinely used for livestock feeding.

Protein rich concentrates are derived from plants and animals. Protein concentrates of plant origin are mostly by products of the oil extraction industry. Oilcakes are produced when oil from seed is extracted mechanically while oil meals are the byproducts of the solvent extraction process. Compared to oil meals oilcakes are low in protein and high in residual fat. They generally include the fibrous part of seeds. Among the available oilcakes, cottonseed cake and maize oilcake have high protein value for ruminants due to their low ruminal degradability as compared to mustard seed cake which is highly degradable. Generally all animal origin proteins are less degradable in the rumen and therefore are good sources of protein for ruminants. These include blood meal, fish meal, bone meal, meat meal, feather meal. But concentrates of animal origin are normally not recommended in ruminant’s feeding.

Water
Water is the cheapest nutrient. Animal get water from three sources:

Metabolic water is an insignificant source compared with the water ingested freely or in feed. The sum of Free water Intake and the water ingested in feed is the total water intake (TWI). Large amount of fresh and clean drinking water should be available to the dairy animals all the times. Three to four units of water is normally required by dairy animal for each unit of dry feed consumed. Requirement of water is governed by different factors like what is the physiological state of the animal, what type of feed consumed, and what are climatic conditions. Water requirement of a dairy animal when not in milk is 26 to 37 liters per day, and this requirement increases at a rate of four litres for each litre of milk produced.

Dry matter intake is quantity of dry matter which is consumed by an animal over a period for 24 hours. It is usually measured in %age. DMI is normally calculated as 3-4 % of body weight. An average size cattle DMI is 2.5 – 3% of body weight. A dairy animal may reach maximum daily DMI (4% of Body weight) not later than 10 weeks after calving.

The capacity to do work is called energy. It is the basic requirement of animal and essential to maintain normal body functioning. Energy is quantitatively the major nutrient required by dairy cattle after water.

Carbohydrates, fats and protein are the main sources of energy. Mostly the energy is supplied to the dairy cattle from carbohydrates being the most economical. Protein is also a good source of energy but it is usually 5 to 10 times higher in price as compared to carbohydrates and therefore its use is less as energy source. Fat is very good source of energy and supply 2.25 more energy as compared to carbohydrates and protein. It is mainly included in the rations of young calves but may also be added to the rations of lactating dairy animals.

Total digestible nutrients (TDN) is another method of expressing the energy content of feeds or the energy requirements of cattle. TDN is comparable to digestible energy. It has been in use longer than the net energy system and more values are available for feedstuffs.

Protein is required in animal rations to provide the supply of amino acids needed for tissue repair and synthesis, hormone synthesis, milk synthesis and many other physiological functions. Amino acids are supplied by the digestion of microbial protein, and by feed protein that escapes microbial breakdown in the rumen.

Protein requirements are expressed as crude protein (CP), either in amounts or as a percentage of the dietary DM. Crude protein is determined by multiplying the nitrogen content in a feed by the factor 6.25 (feed protein averages 16 percent nitrogen). Feedstuffs that contain nitrogen in a form other than proteins or peptides are called non protein nitrogen (NPN) sources. Urea and ammonium slats are examples of NPN sources.

A balanced mixture is usually prepared in such a manner that 3.5 to 4 Kg of it may support 10 litres of milk production. Normally in dairy animals this mixture is fed at rate of ½ of the milk yield (one Kg of concentrate mixture for every two litres of milk).

Forage which has been grown while still green and nutritious can be conserved through a natural ‘pickling’ process. Lactic acid is produced when the sugars in the forage plants are fermented by bacteria in a sealed container (‘silo’) with no air. Forage conserved this way is known as ‘ensiled forage’ or ‘silage’ and will keep for up to three years without deteriorating. Silage is very palatable to livestock and can be fed at any time.

Steps in the Preparation of Good Silage

To get a good silage one should take care at every stage of ensiling.

Harvesting and Chopping of Fodder

Crop should be harvested at the stage when there are maximum nutrients present in crop and 65-70% moisture content. In case of maize moisture reaches this level when:

Grab test is used to measure the moisture concentration in fodder. To check the moisture, take a hand full of fodder and press it in hand for few seconds. On opening of hand, there will be a ball of fodder.

After chopping and adding additives silo is filled. Inside silo chopped fodder should be compressed with tractor or some other means so that it is packed tightly and there is no air left. If air left anaerobic condition will not be created. In case of baled silage, silage baler makes bale in well compacted form.

The air tight sealing is necessary to avoid the entrance of air in the silo. So after filling of silo, cover it with polythene sheet and put tires or sand filled bags over it or cover it with mud (Lepai). It is better to cut tires in small circular pieces for maximum usage. In case of baled silage baler automatically wrap the bale with wrapper.

After a period of 40-45 days the silage is ready for feeding to the livestock. After the removal of silage the open end of the silo should be covered in such a manner that contact with the air is minimum.

Good silage should have a milk, pleasant aroma, an acid taste and a slightly greenish color. It should be free from sliminess and mold and have sufficient acid to prevent further action of microorganisms.

Efficient and accurate estrus detection is the most important factor limiting reproduction in most dairy animals/herds. Efficiency defines the proportion of dairy animals seen in estrus of all animals eligible for showing estrus. Accuracy gives the percentages that were correctly identified as being in estrus. In a well-managed herd, the maximal estrus detection rate was found to be 60% of ovulations when dairy animals were observed two or three times daily. With continuous observations, the detection rate may increase to 95% in the second and later postpartum ovulations. Failure to observe animals in estrus delays first service, lengthens oestrus intervals, and is one of the primary factors lengthening projected average minimum calving to conception interval by increasing the number of days open. It contributes more to lengthy calving intervals than conception failure. In addition, inaccurate estrus detection lowers conception rate. Many animals are inseminated when not in estrus.

Efficient reproductive management depends on the ability to detect estrus. There should be a systematic program for estrus detection. Criteria of such a program:

Collection of semen from male, processed, evaluated in lab and then transferred to female reproductive tract by artificial means for the purpose of conception is called artificial insemination. It is most widely accepted technique worldwide for the genetic improvement in animals. 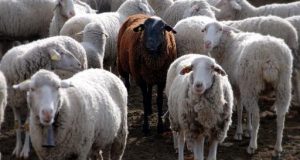 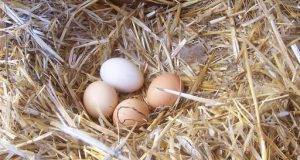