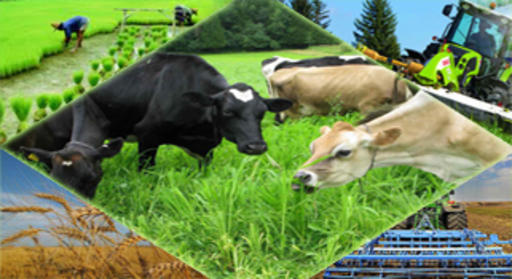 LAHORE: Embassy of Argentina’s Head of Consular Section Maria Carmela Mirabelli and Deputy Head of Commercial Section Guido Maiulini have expressed interest in boosting trade and economic ties with Pakistan. During a recent visit to the Lahore Chamber of Commerce and Industry (LCCI), the Argentinean envoys said Pakistani businessmen should establish partnerships in the field of agriculture and livestock of Argentina where huge opportunities were available.

They threw light on a number of issues hampering bilateral trade between the two countries and forwarded various proposals to give a boost to two-way trade. They said Argentina could extend technical assistance to Pakistan in the field of agriculture. LCCI President Abdul Basit said the agriculture sector of Pakistan continued to be the single largest driving force for economic growth as well as the main source of livelihood for 66% of the population.

“It has a lot of potential to grow but due to lack of required resources, knowledge, experience and technology, it is battling hard to survive.” He said the concept of corporate farming was picking up in Pakistan but its proportion was too small to make any impact on the performance of the sector. Similarly, the per-acre production is on the lower side compared to other countries.

“Around 40% of our agri-produce is wasted in post-harvest losses due to lack of preservation and transportation facilities,” said Basit. “We know that with the help of required technology and knowledge, this sector can be transformed into a high-yielding industry. The economy of Argentina is twice the size of Pakistan’s and it is ranked among world’s major agricultural producers.” He said Argentina and Pakistan had many things in common as both countries were known for cash and food crops all over the globe.