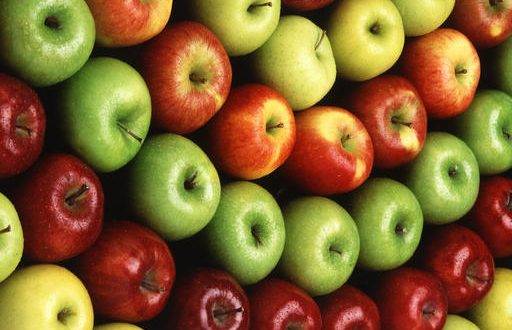 in Production Technology of Fruits May 1, 2016

Most of the commercially grown apple cultivars in Pakistan require a cooler climate than all other fruits. Apple thrives and fruits best under a relatively cool slow growing season, usually met with at higher altitudes. Therefore, proper selection of varieties is of major importance. Varieties grown under such conditions are Amri, Kashmiri Amri, Golden Delicious, Red Delicious, Sky spur, Banki, Kulu etc. Low chilling varieties such as Anna, Summer Gold and Golden Dorset have been identified giving encouraging results and hence can successfully be grown in lower elevations.

Rainfall is also an important factor associated with fruit production especially for high chill varieties where no other source of irrigation is available. An annual rainfall between 25 to 30 inches evenly distributed throughout the year is most desirable. In low rainfall areas best production can be achieved by supplementing irrigation water.

Although apple tree grows and bears fruit in a wide range of soil, the most suitable appears to be deep rich, well drained fertile loam soil. The soils should be free from hard substrata and water logging conditions.

Apple plants are raised on the seedlings/suckers root stocks which are more adaptable to the soil and climatic conditions. The rootstocks are grafted with desired scion variety during December-January. Usually tounge or cleft grafting gives a good success and is performed about 20-30 cm above ground level. T budding at the onset of monsoon rains is also practiced.

While planting an orchard, proper decisions regarding selection of varieties, root stocks, tree size and spacing, pollination and planting procedures must be made with understanding. Planting distance varies according to variety, vigour of rootstock, the fertility level of the soil and general climatic conditions of the area. Most often planting is done in square system. However, on slopes contour planting should be preferred.

Application of manures and fertilizers start right from the planting of orchard and the first application is made at the time of filling of pits. In an orchard of average fertility, NP and K may be applied in the ratio of 70:35:70 grams per year age of the tree respectively and the dose may be stabilized after 10 years (700:350:700 g of NPK per tree). These applications may be supplemented by FYM at 10 kg per year age of the tree. The increase or decrease in the fertilizer doses may be regulated on the basis of fertility status report of the soil and plants.

Apple orchards at high elevations are largely dependent on natural rainfall. A greater part of the apple growing season in this region gets regular precipitation except in May-June. During these months some arrangements should be made for irrigation water because this period coincides with natural fruit drops which can be lessened if trees are supplemented with irrigation. In Quetta region there is no rainfall during summer hence irrigation should be applied after 10 days to young plants and 15 days in case of mature and bearing trees.

The pruning of apple is often ignored by many orchardists, mainly because they are unaware of the objectives of this practice. Young non-bearing apple trees are pruned to train or shape them in such a way that a strong framework consisting of stout limbs is built to support maximum crops of fruit without breakage. Pruning of bearing trees is practiced to keep the tree tops low so as to facilitate thinning, spraying, picking, to make the trees well opened for penetration of sun light which in turn promotes better quality and color of the fruit and to remove weak, diseased and undiseasable branches. Best time of pruning is late dormant season because it will eliminate the severe injury from extremely low winter temperature and heal up the cuts quickly.

Tree is vigorous, good bearer. Fruit is large size with golden yellow skin covered with deep red stripes; it is a sweet, aromatic and delicious in taste. Matures in September/October.

Tree is vigorous. Fruit is large in size. Oval in shape. Skin color is deep red and attractive. Flesh is firm but sweet and good in taste. Keeping quality is very good. Ripens in September/October. It has good export potential.

Tree is vigorous, has very low chilling requirements. As a tropical apple it can be planted in the plains. Ripens in July/August. Fruit is attractive, juicy and slightly acidic. Keeping quality is also not good.