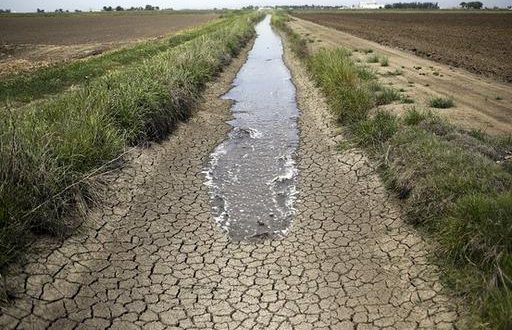 ISLAMABAD: A drought is in the offing as the peak season for Rabi crop approaches, according to the MET department and Indus River System Authority (Irsa). However, Federal Minister for Food Security and Research Sikander Hayat Khan Bosan said the crop yield would not be affected even as he admitted the likelihood of dry weather in the coming months. The development is all the more alarming as last year the authorities helplessly watched as agricultural gains were erased due to unfavourable weather, resulting in the sector posting a year-on-year contraction in growth. Subsequently, the prime minister took it upon himself the task to safeguard the interests of farmers with a multi-billion dollar Kisan Package being announced just before the by-elections.

The Federal Committee on Agriculture met in Islamabad Tuesday with Bosan chairing the meeting. The meeting was attended by provincial representatives from agriculture departments, officials of the State Bank of Pakistan, ZTBL, Passco, Parc, Pakistan Meteorological Department, Irsa and other concerned departments. The committee reviewed the performance of the Kharif crop 2016-17 and production plan for Rabi crops 2016-17. The committee also discussed the position of agricultural inputs for Rabi crops.

Sources said that MET department and Irsa informed the committee about the water availability situation for the Rabi crops and warned that there was likely to be less water available for the crops due to prediction of dry weather in the three coming months, which would have adverse implications for the overall productivity of crops. Following the meeting, Bosan addressed a press conference and said that there would not be any adverse effects on crop production as the reservoirs had sufficient water and Punjab government had started storing it by suspending usage in canals for the coming two weeks. The minister said that irrigation water availability position for current Rabi season was estimated at 30.34 million acres feet (MAF) against the average usage of 36.3 MAF for the season.

Bosan further said that he had been informed by the MET department that there is less rainfall expected during October and December whereas above-average rainfall is expected in February and March next year. The representative from State Bank said that the allocations of institutional credit for agriculture had substantially increased to Rs700 billion for 2016-17 against Rs600 billion during 2015-16.