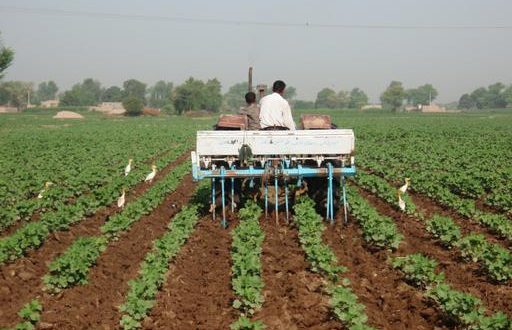 DERA GHAZI KHAN: The district government has failed to wrest back from encroachers agriculture land meant to be given to students despite a court order. The land was ‘allotted’ to agriculture students under a scheme launched by the chief minister.

In 2010, ninety-four agriculture graduates of Taunsa Sharif tehsil were allotted 9,400 kanal at Rakhkot Qaisrani, an arid area. But the students found out that the land had been under illegal possession of local tribesmen and requested the district administration to have it vacated. Meanwhile, some claimants/occupants moved the Lahore High Court’s Multan Bench which dismissed their plea in 2015 and directed the authorities concerned to implement the chief minister’s policy by giving possession of 9,400 kanal to agriculture graduates and retrieve 58,000 kanal from illegal occupants.

Struggling for their right all these years, the students have held several protest demonstrations in Taunsa Sharif and Dera Ghazi Khan but the district government has failed to comply with the court order. Deputy Commissioner Nadeemur Rehman declined to speak on the issue as he said he had recently been transferred. Taunsa Sharif Assistant Commissioner Abdul Ghaffar Khan told Dawn that the graduates got allotment letters of the land of their choice and later they came to know that a major chunk of the land was in illegal possession. He said the district administration had issued ‘warrant of possession’ to the students and provided police force to retrieve the land but the process came to a standstill after one of the occupants obtained stay order.

Speaking to this correspondent, student Asif Naveed alleged that some influential people were creating hurdles in retrieving the state land from the illegal occupants of Qaisrani tribe. He said the illegal occupants were stealing water of the Chashma Right Bank Canal to irrigate the land. The students have appealed to Chief Minister Shahbaz Sharif to take notice of delay in implementation of the scheme.

2017-01-27
bkk_admin
Previous: Mortality of animals costing 9 billion due to foot and mouth diseases: Secretory Livestock
Next: Orders of Crackdown against diseased chicken sellers