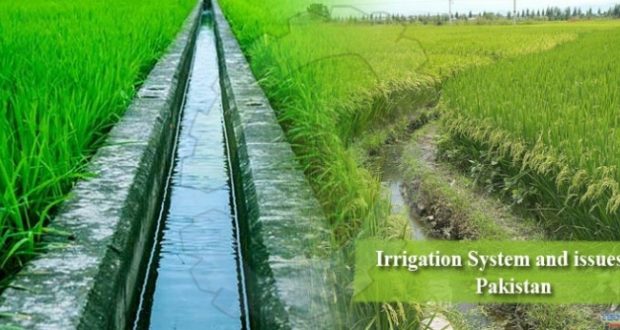 90% of available water is used for irrigation of five crops

According to the World Bank report, agriculture sector in Pakistan depends on water available for irrigation. In the agricultural sector, only 90% of the country’s water is being used for the irrigation of rice, sugar, cotton, wheat and maize crops, however the share from these crops in GDP is less than the potential. The World Bank warned in its report that at present 69% of the water used in the country is unsafe for human use. According to the report, Pakistan needs steps under “Grow now and the strategy to clean up later,” which will increase significant growth in the economic development of the country’s youth workforce, furthermore instead of using traditional practices for farming and irrigating crops, cultivation of higher productive and low input crops needs to be cultivated so that maximum profit can be gained by using minimal resources. It is to be noted that 90 percent of available water in Pakistan is only used for the irrigation of five crops and the share of from these crops in GDP is less than 20 percent

2019-05-13
Amira Batool
Previous: The cultivation of Kharif’s fodder should be completed till May
Next: Important instructions for better crop production of bitter guard